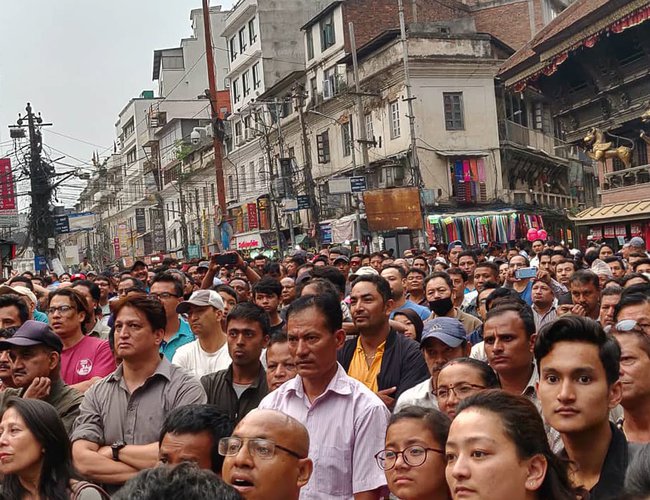 Kathmandu’s local Newar communities have warned that they will pull down the current two third majority governments. Holding the demonstrations at Ason, Newar community said that the new Guthi Bill registered in the House of Representatives will uproot Nepal’s cultures, religions and traditions. .

Addressing the program, Sailesh Bajrachary has demanded that the bill should be scrapped immediately because it hurts the heart of the people. Another local resident Madhu Rajbhandari said that the bill will confiscate the property of Kathmandu’s heritage sites.

They said that Nepal’s religious, couture and tradition will face serious crisis if the bill is allowed to pass from the house. Kathmandu’s local Newar community has condemned the excessive use of police force to quell demonstrators yesterday.

Young heritage activist Ganpati Lal Shrestha said that the fight will continue till the withdrawal of bill. "We are ready to sacrifice to protect and preserve our heritage," said Shrestha. 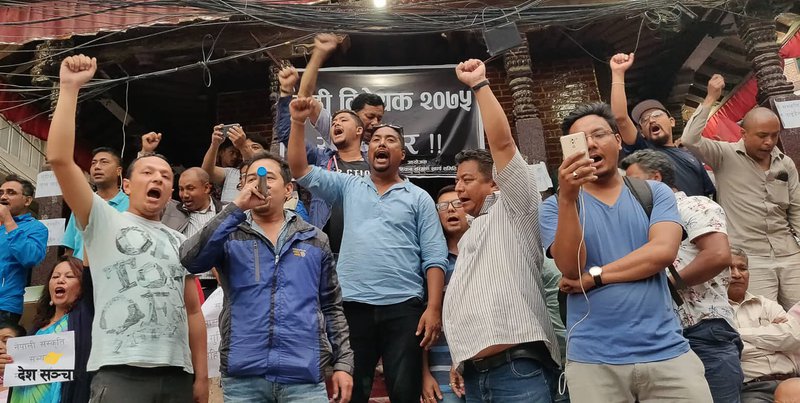 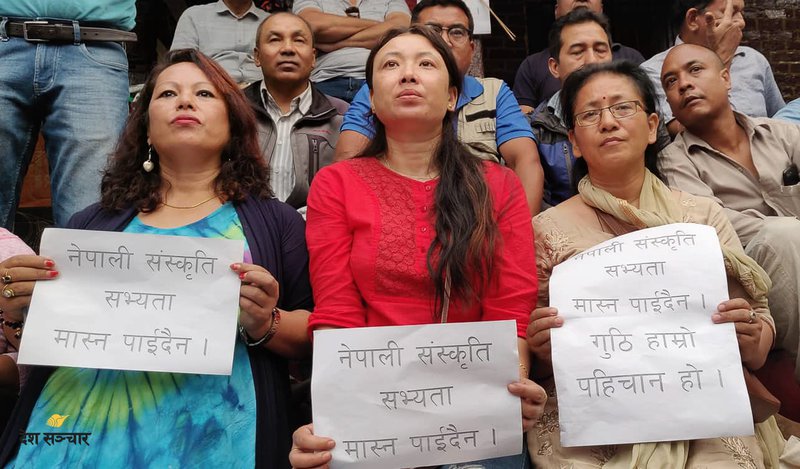 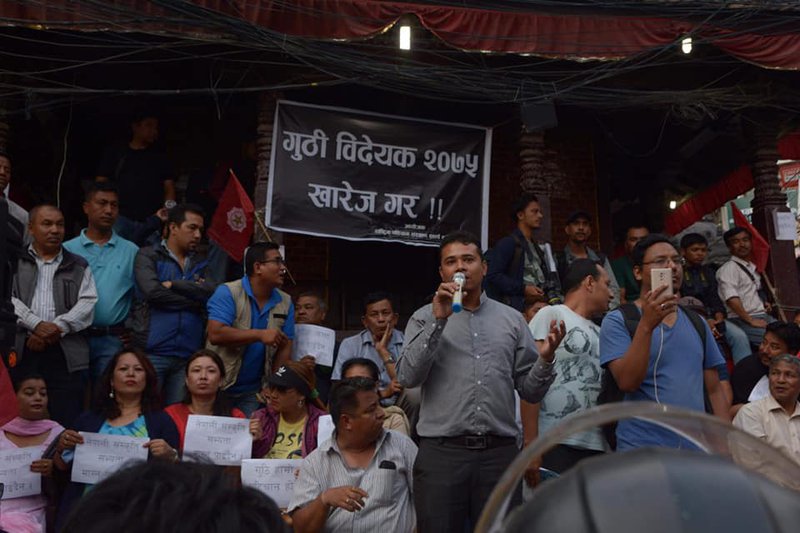 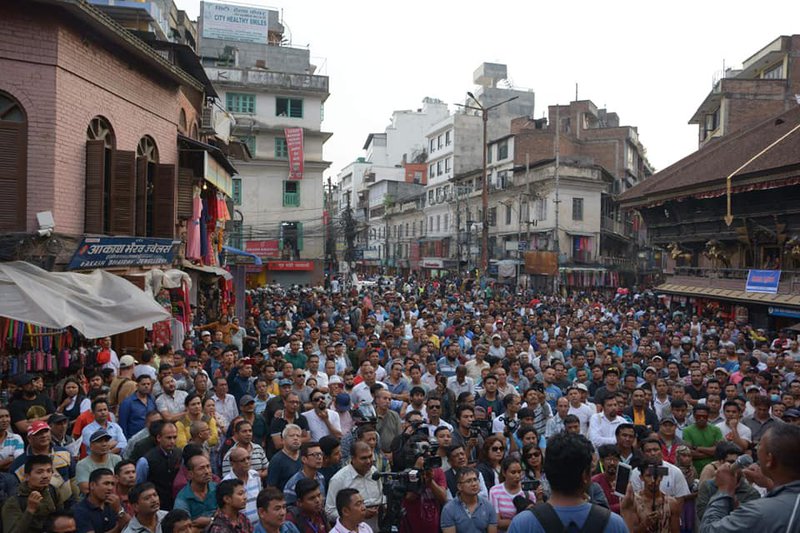 Nepal And Israel Sign Agreement On Labour, Agriculture By Agencies 14 hours, 33 minutes ago

Chief Of The Army Staff Tests Negative For Covid-19 By NEW SPOTLIGHT ONLINE 1 day, 8 hours ago