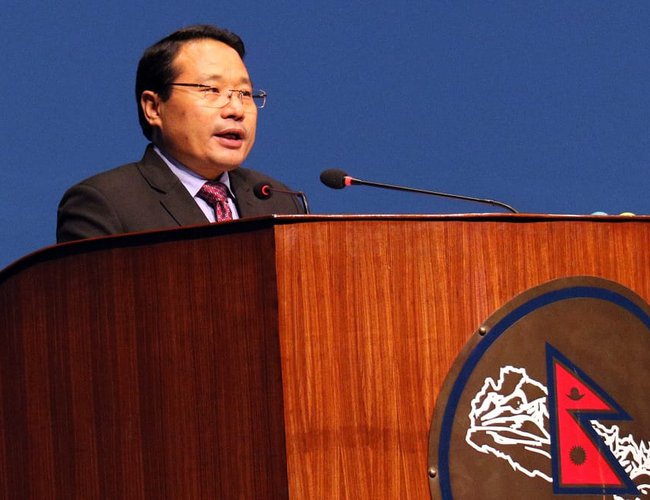 Energy, water resources and Irrigation Minister Barshaman Pun has clarified that the government has not given the responsibility of construction Budhigandaki to any body.

Replying queries in the House of Representatives, Minister Pun said that Nepal will construct the project on its own and there is no question to hand over the project to Chinese company.

"We hold some three rounds of talks five months ago on EPC model with Gejuwa Company about the possibility of its involvement in our terms. They have not contacted us," said minister Pun "Media reports are false regarding the Gejuwa."There are no conspiracy and such scandals on Budhi Gandaki."

Out of Rs.30 billion collected from Rs.5 charges on petroleum products, the government has already paid Rs.25 billion to pay compensation for the land. He said that there will likely to require Rs.100 billon for the land acquisition.

Minister also said that Nepal is importing 500 MW of power during the pick hour and it will completely stop within the five years and Nepal will have surplus energy to export.

Ethiopian Renaissance Dam Controversy: Egypt And Sudan For More Negotiations On Flow of Water In Nile By Agencies 3 weeks, 1 day ago

Bhutan Looks At Renewable Energy To Meet The Demands In Winter By NEW SPOTLIGHT ONLINE 3 weeks, 4 days ago