Despite the high cost incurred due to high interest rate of Nepal's public sector lenders, the successful installation of Lower Vertical Shaft is a major breakthrough 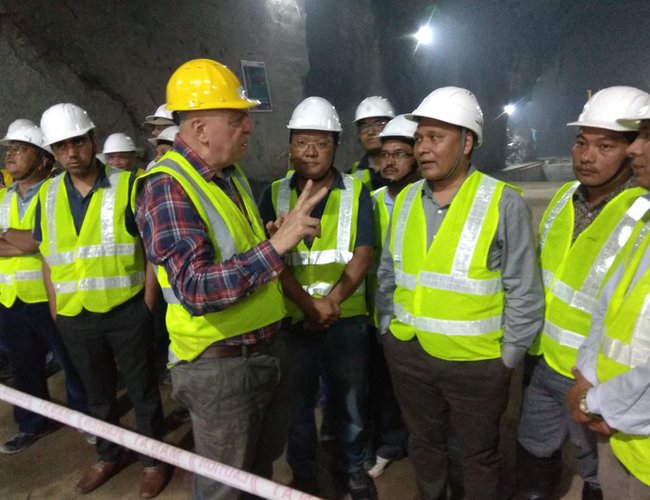 Installation of Lower Vertical Shaft is one of the most complicated and technically challenging parts of the project. Therefore, it was technically a major breakthrough.

One Pen-stock pipe in lower Vertical Shafts have now been successfully installed. It took seven hours to install first Pipe, which is 5-meter long, with 27 tons. 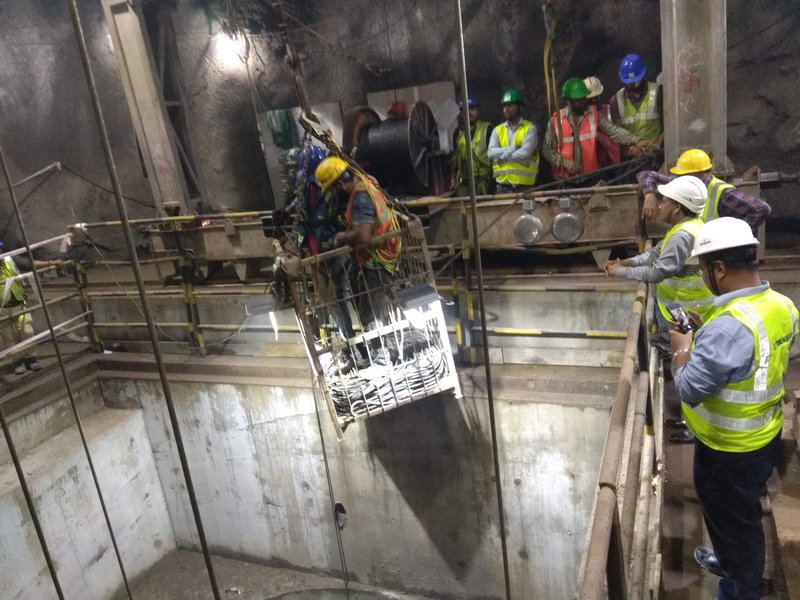 There is the need to install 74 pipes, in 372 long lower pen-stock shaft. "After successful installation of pipe in lower vertical shaft, the uncertainty about the installation has come to an end," said MD Ghising. He said that the installation was technically very challenging. "Even the rope of the crane broke lifting the pipe. Following the event, there were more uncertainties whether the crane will work or not. Now, the challenges have already been overcome," said Ghising. "We have a target to start the first 76-MW unit by January 2020.

In the last two years, MD Ghising has already made many impossible projects possible. When he took the charge of NEA MD, Chameliya was virtually at the state of collapse. In just a matter of six months, the project has started to generate electricity with frequent interventions.

Recently, two chronic projects, Trishuli 3 A and Kulekhani III, have also completed the trial and are in the process of commercial generation. With his frequent personal efforts and interventions, numbers of strategically important transmission lines, which were at the stage of disruption, have been charged.

Although construction of the project is a team work, the MD has a major role to play as its facilitator. MD Ghising has played his role successfully in a very adverse environment for the development. Aimed to be completed in the coming fiscal year, Upper Tamakosi has seen the recent technical breakthrough opening avenues to the future.

Following the delay by the lot II Indian contractor Texmaco Rail & Engineering Limited, Upper Tamakosi Hydro-power Limited was handed over to ANDRITZ HYDRO, the contractor of lot 3, under a tripartite agreement with no additional cost.

During the visit, MD Ghising discusses the progress and challenging side of installation of lower Vertical Shaft and upper vertical Shaft. The finishing work at dam site in Lamabagar, tunnel and transmission line are going in parallel. The construction of all infrastructure is in the final stage.

Contradictory to the proponents of some individuals to use Nepalese Financial Institutions to make project in the country's resources to make the project cheap, Upper Tamakosi's experiences have shown that it is just a myth.

Delayed by earthquake of 2015, landslides and Madhesh agitation, design change and poor performance of lot 2 contractors of Hydro mechanical, the project has estimated to pay 21.74 billion rupees as interest During Construction (IDC) to the public financial institutions in the last eight years.

According to sources with the project, out of its total latest cost estimation Rs. 73.68 billion rupees Upper Tamakosi Company has to pay Rs 21.74 billion as IDC.

Aiming to start generation from January 2020, the project cost will further escalate in case of failing to meet the deadline of March 2020. Although the project was supposed to complete two years ago, the construction got delayed because of earthquake and landslides and weakness of contractor of lot 2.

The project was completely disrupted by the earthquake for two years due to construction of tunnel road to dam sites, and change in design and fluctuation in dollars rate. 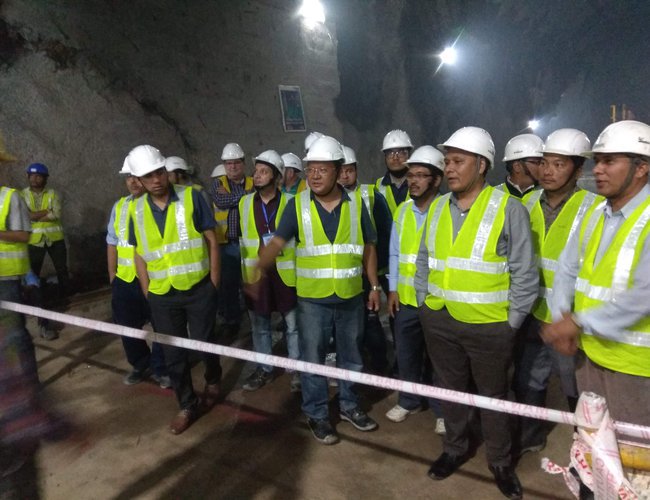 The project has upgraded 35 kilometre Chairkot-Singati road with investment of one billion rupees. The project also constructed 29 kilometres road, 7 bridges and a tunnel from Singati to Lamabagar dam site.

Using this road infrastructure, ten hydropower projects with the capacity of 5 to 200 MW hydropower are under construction in Tamakosi river basin by private sectors. The road constructed by the projects has greatly benefited people living in northern parts of Dolakha district to uplift their livelihood.

Although it has been immensely contributing to the overall development of northern Dolakha district, Upper Tamakosi is suffering from the high interest rates of internal lenders like Employment Provident Funds. This interest is much higher than any multilateral agencies or Exim Banks. This proves that construction of big projects depending on Nepal's own resources is just a myth.