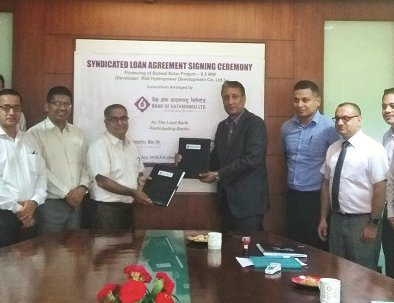 Under the project, the company will build 8.5 MW solar plant in Tillotama Municipality Ward 4 at the cost of 654.6 million rupees. The plant will be built in 26 Bigaha of land with 32000 solar panel.

417 MW Nalgad Storage Project Will Be A Back Bone Of Karnali Province: Minister Pun By NEW SPOTLIGHT ONLINE 3 days, 19 hours ago