I Was Misinformed By The Officials On A Letter Of Indian Embassy: PM Oli

I Was Misinformed By The Officials On A Letter Of Indian Embassy: PM Oli 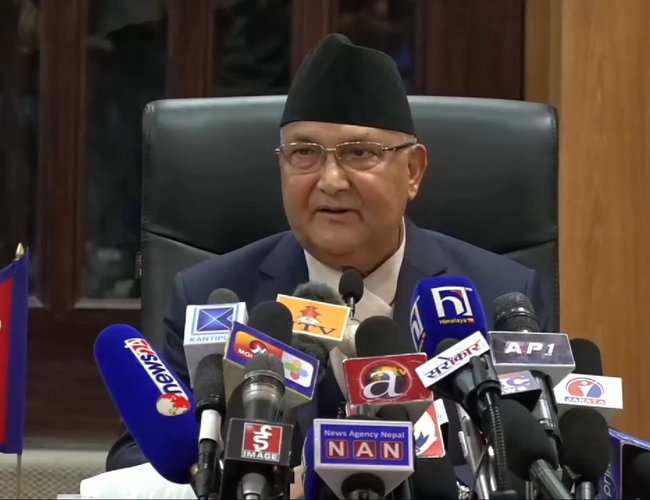 Prime Minister KP Sharma Oli said that he was misinformed by the officials regarding a letter sent by India on the lab testing issue of vegetables and fruits. In a Television Program, Prime Minister Oli defended that India did not send any letter to the government at the meeting of parliamentary board last week.

Prime Minister has now blamed government offices for putting him in a dark. Talking to a Television program Jantasang Pradhan Mantri (Prime Minister With People) broadcasted by Nepal Television, Prime Minister Oli claimed that he did not know the letter sent by Embassy of India to Ministry of Foreign Affairs with reference to Ministry of Agriculture and Food Technology and Quality Control Department regarding the pesticide test.

He complained that the government offices did not inform him. I did know after a long time that India has started diplomatic efforts and dialogue regarding the pesticide test.

Japan Hands Over An Oxygen Generation And Distribution System To Dhankuta Hospital By NEW SPOTLIGHT ONLINE 1 day, 8 hours ago