TIA Resumes Operation Following Towed The Aircraft To The Runway

TIA Resumes Operation Following Towed The Aircraft To The Runway 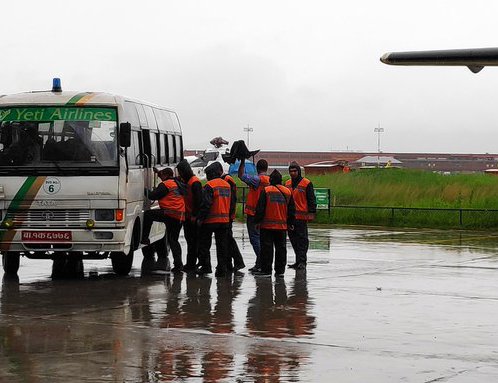 Finally, TIA’s obstruction is cleared following towed the aircraft to the runway and the airport opens for operation after almost seven hours of flight suspension.

Buuddha Air tweeted that Joint efforts from the Nepal Army, Police, Civil Aviation Authority of Nepal, Yeti Airlines, Nepal Airlines and Buddha Air towed the aircraft to the runway. In this process, Buddha Air provided technical support and ‘shackle’ machine which is used in towing the landing gear.

Despite eight hours long efforts, officials are yet to remove the aircraft of Yeti Airlines — which slid off the runway while landing today morning — from the runway area of Tribhuvan International Airport (TIA) and resume the flight operation. https://twitter.com/AirBuddha/status/1149673905247813632

According to General Manager of TIA, Rajkumar Chhetry, and the flight operations will resume now.

Earlier, the notice had stated that runway operation would begin from 12:15 pm, which was later extended to 2:00 pm, then 3:00 pm and again 7pm.