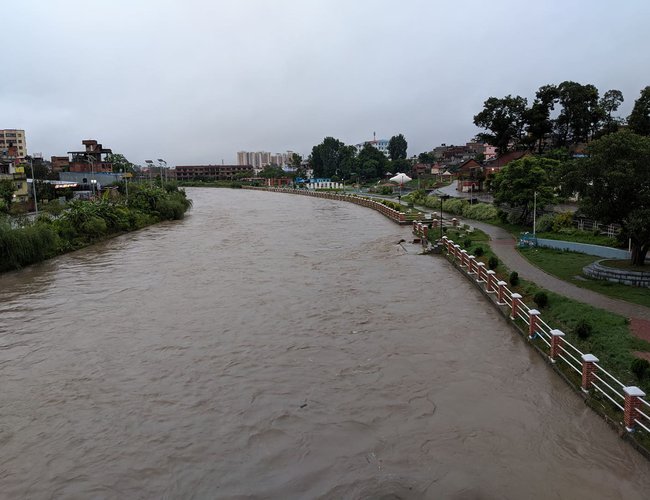 There are generally to mostly cloudy throughout the country. According to Meteorological Forecasting Division, rain is possible at many places of the country, chances of heavy rainfall at a few places of the eastern and central regions and at one or two places of the western region.

The foothills of Nepal like Janakpur, Dharan, Simara, Siraha, Biratnagar along with Bhairawa, Dang and Nepalgunj have been observing heavy to very heavy rains for the last many days.

In the last 24 hours, the intensity has increased further and more heavy Monsoon showers are likely to lash these areas for the next three to four days. The heavy downpour has already created a flood-like situation in many parts of the state.

The Low-Pressure Area over adjoining Terai has resulted in heavy rains in different parts of Nepal. The system is likely to move further and shift northwards. The seasonal Trough is also expected to move closer to the foothills of the Himalayas, which will lead to an increase in rainfall activity over the plain areas of Nepal.

In the wake of these systems, places lying along the foothills will observe flooding rains until July 15. Chances of some serious flooding cannot be ruled out, during this period.

Meanwhile, the intensity of rain will remain light to moderate over the eastern parts of Nepal.

Rain Is Likely In Province 1 And Thick Fog In Terai By NEW SPOTLIGHT ONLINE 5 days, 9 hours ago