More Than 10 Killed In Suspected Arson at Japanese Anime Studio

More Than 10 Killed In Suspected Arson at Japanese Anime Studio 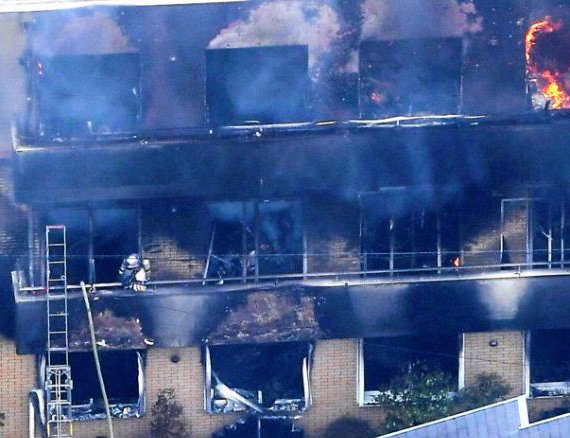 More Than 10 people were killed and dozens were injured in a suspected arson fire at a Japanese animation studio in Kyoto on Thursday, news media in Japan reported.

About 70 people were inside the offices of Kyoto Animation when the blaze started at about 10:30 a.m., Japan’s NHK public broadcaster reported, citing the police and rescuers. Several people remained missing on Thursday.

The police arrested a 41-year-old man who was suspected to have set the fire after spreading a liquid, according to news reports. The man was under treatment at a hospital.

Kyoto Animation is best known for producing shows and movies including “Full Metal Panic,” “K-On” and “Clannad,” among other works. It was founded by Yoko Hatta and her husband, Hideaki Hatta, in 1981, and most of the studio’s production takes place in the building that was the site of Thursday’s fire.

According to media reports, the blaze came less than two months after a man went on a stabbing rampage in a suburb outside Tokyo, attacking 17 schoolgirls, killing one of them as well as an adult. The rampage by the 51-year-old man cast attention to the phenomenon of Japan’s “hikikomori,” adults who are extreme recluses, and their psychological issues.

Situation In China-India Border Area Is Stable And Under Control: Chinese Foreign Ministry By NEW SPOTLIGHT ONLINE 3 days, 21 hours ago

Japan To Lift State Of Emergency For All Areas By NEW SPOTLIGHT ONLINE 6 days, 20 hours ago