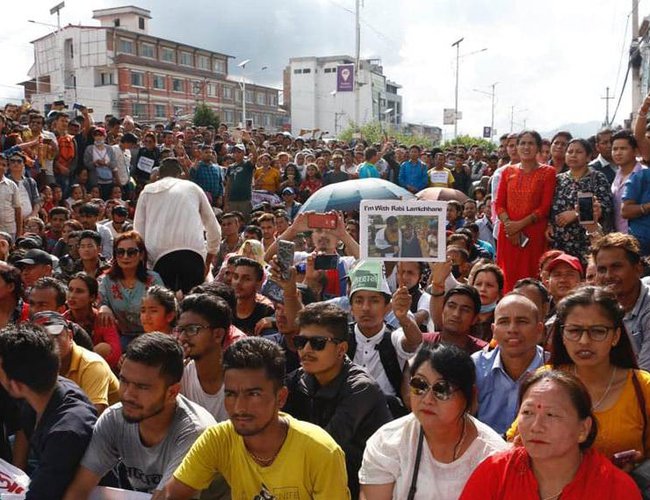 The supporters also chanted the slogans in favor Rabi. Police detained Rabi and two others in Chitwan under an investigation on the suicide case of Journalist Shalikram Pudasaini.

The second detention order of Rabi is going to complete tomorrow. Shalikaram in his video recorded before suicide reported that he was completed to commit suicide by Rabi Lamichhane, Yubraj Kanel and Asmita Karki.

Under the video, police arrested three on the charges of encouraging to committee suicide. However, Rabi’s followers have been demanding that Rabi should be released because the case is a part of conspiracy to drag him.

Japan To Celebrate May 26 As “Hirotaka Takeuchi 14 of 8000m Mountains Summit Day By NEW SPOTLIGHT ONLINE 1 day, 10 hours ago

117 People Of Nepali Origin Die Due To Coronavirus In Various Parts Of The World By NEW SPOTLIGHT ONLINE 2 days, 12 hours ago