Kul Man Ghising, managing director of NEA, has proved that a dedicated and professional leader can reform a public utility to make profit of Rs.7.20 billion 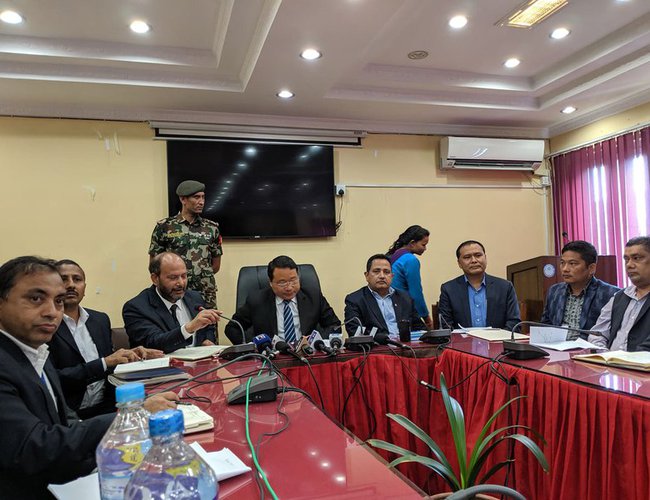 Backed and supported NEA's Managing Director Kul Man Ghising and his team throughout the time to make progress, Minister for Energy, Water Resources and Irrigation Barsha Man Pun has shown an extraordinary quality of leadership hailing the MD and entire team of NEA and enabling them to make highest profit.

With a profit worth of Rs. 7.20 billion or 300 times more than the previous year, NEA has proved that a public utility can also work efficiently in making a huge profit in the business given a capable leadership at the institution and good guidance and backing from the top leaders.

Minister Pun, the chairperson of Nepal Electricity Authority (NEA), has said that Nepal's import of electricity will drastically decrease with surplus electricity for export.

"As Nepal has been importing over Rs.200 billion of petroleum products annually, the surplus electricity will help reduce the import of petrol next year. We have already developed a strategy to replace LPG by offering electricity," said the Minister.

He thanked NEA's management and staff for turning NEA into a successful public utility. "This is the result of hard work of Managing Director, Board Members and Staff of NEA," said Minister Pun

Addressing a press meet to disseminate the last year’s progress of NEA, minister Pun said that this is one of the best year in the history of NEA generating a record high profit of Rs.7.20 billion. He reminded that NEA had made Rs.2.90 billion profit last year.

He also said that the import of electricity will drastically decline because Nepal will have surplus energy next year. "We have already completed problems-ridden projects like 60 MW Upper Trishuli 3 A and Kulekhani III and many other projects are under completion now," said Minister Pun.

At the function attended by secretary of ministry Dinesh Ghimire, NEA's MD Kul Man Ghising, other senior officials from Ministry and NEA, Minister Pun said that this is one of the historic years for NEA to generate electricity and complete the projects. 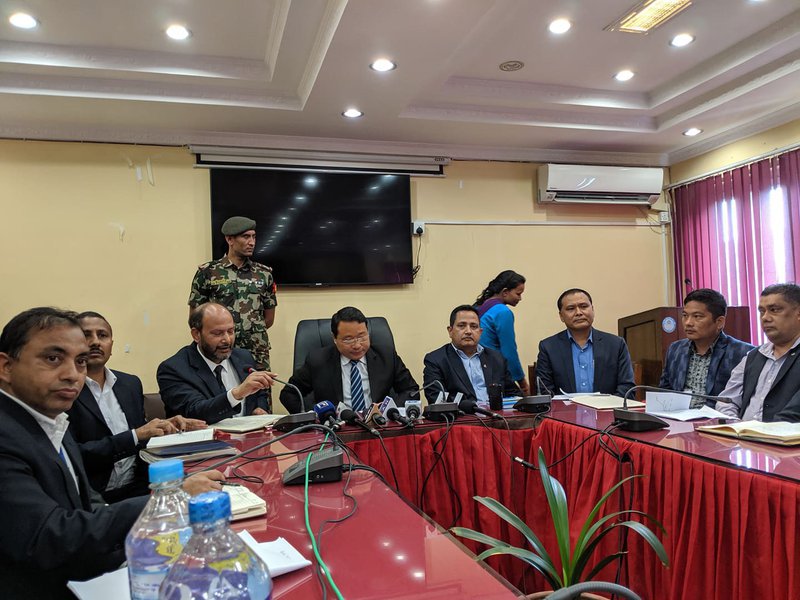 Secretary Ghimire said that NEA has made progress in all sectors: business, generation, transmission and distribution. "This is for the first time NEA is able to achieve noticeable progress," said Ghimire. "Under the leadership of minister Pun, Nepal's energy sector has been achieving the success. The success achieved by NEA has made all of us in the energy sector proud."

Conducted by joint secretary and spokesperson of the Ministry Prabin Aryal, Managing Director of NEA Ghising highlighted the forthcoming strategy and plan to use the surplus electricity. Ghising said that the achievement in reducing the power loss was historic: 25.78 in 2072/073 to 15.32 in 2075/076. "We are now close to International level of power loss," said Ghising.

According a press release, NEA has made 149 percent progress in generating profits in the last one year. In the last fiscal year, NEA generated Rs.2.90 billion but this year it reached Rs. 7.20 billion.

NEA has deposited Rs.15.59 billion in government's account including interest rate royalty and income. The number of consumers reached 4.5 million covering 78 percent of the population. This is an increment of 10 percent compared to last year.

Out of 7.55 billion unit (Kilowatt Hour) electricity, about 2.55 billion was from NEA, 2.19 from private producer and 2.81 from import. In the total supply, NEA's contribution was 34 percent, Private Sector 29 and import 37 percent.

NEA has completed 757 Circuit KM line and charged 606 circuit km. Below 33 kV, about 9722 circuits km has completed in the last year. 40 new substations were constructed and upgraded with 990 MVA capacity and 6581 transformers were installed.

Although NEA has performed so much, the time has come now to prove getting more benefits.

If things go as now, Nepal Electricity Authority will likely issue its shares to the public. According to Minister for Energy, Water Resources and Irrigation Barsha Man Pun, the government has already started the process to issue shares of NEA and unbundling it at provincial and local level as per the new constitution.

“As per its early objective to make NEA a entity with the share of public, we are now working to issue the share of NEA next year. The drafting of the law has already started and we will come up with the bill for public discussion," said minister. “The current system which has lasted for over 30 years, is just an ad hoc system."

According to the minister, all auditing process will begin from the coming fiscal year and following the promulgation of the new act, NEA will start to issue 30 percent of its share to public.

Encouraged by the recent profit, Minister Pun is very optimistic that there will be high demand for the share of NEA.

Making the highest profit in its history, NEA has celebrated this year as a year of progress. Encouraged by the high level of success in reducing the power loss, jam-packed NEA's employees took part in a 4-hour long anniversary program where 15 NEA staff were honored for their work. 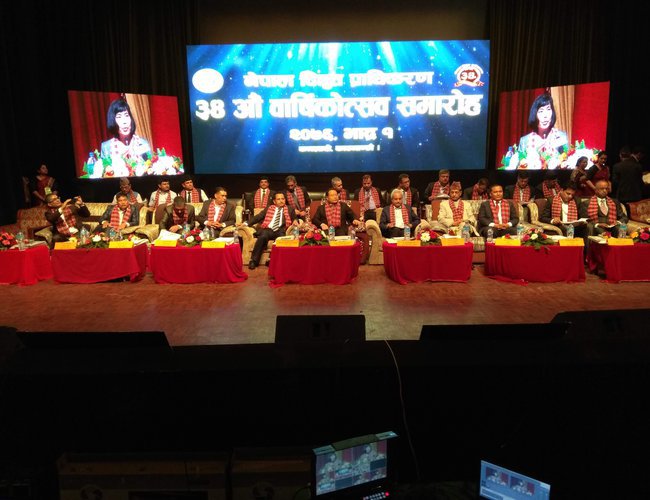 Jubilant by highest margin of profit made by NEA, Minister for Energy, Water Resources and Irrigation Barsha Man Pun has announced to make Nepal Electricity Authority (NEA) the number one corporation of Nepal the next year by increasing its profit margin to over 8 billion.

“Last year was a year of achievement and pride for NEA,” said minister Pun addressing the 34th Anniversary of NEA.

“NEA has become the best performer in its history because of managerial capacity of Managing Director, hard work of employees and continual support of political leadership,” said minister Pun, who is also the chairperson of NEA. At a time when all the corporations have been in loss, NEA has made a net profit. We will make it number one.”

Three years ago, NEA’s net loss was Rs.8.89 billion and it has been making profits ever since. It has made a profit of Rs.7.20 billion and its cumulative loss reduced to Rs.15 billion.

Energy secretary and member of NEA’s board of directors Dinesh Kumar Ghimire said that the increasing consumption will be the coming challenges for NEA.

MD Ghising has expressed the commitment that NEA will take all possible efforts to strengthen services to provide regular and uninterrupted supply of electricity. During the program minister Pun also honored 15 employees for their best performance in work.