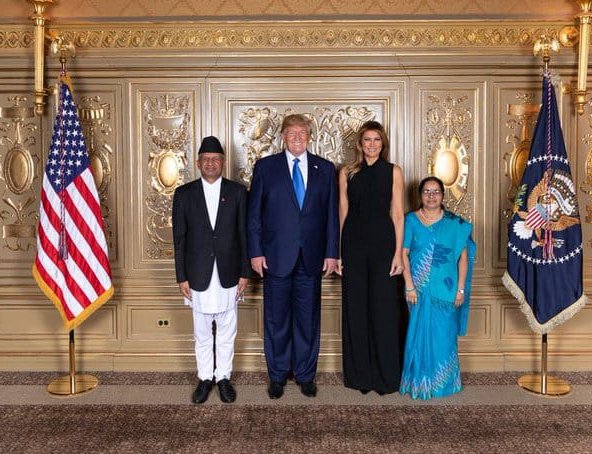 According to Nepalese Permanent Mission in United Nations, President Donald Trump and Malina Trump pose with foreign minister Gyawali and his wife. They met during a reception hosted by U.S. President Trump to the UN Delegations participating in General Assembly.

According to a tradition, U.S. President Host’s reception annually to head of the delegation and delegation of the countries from all over the world gather in U.N. Headquarter New York.