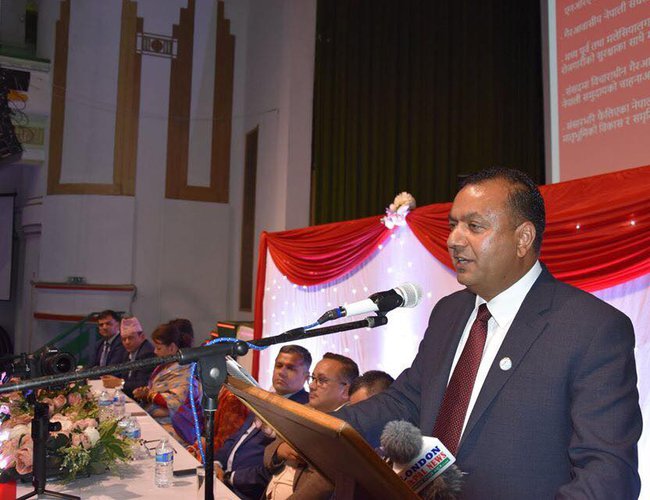 Resident of United Kingdom, Acharya has announced his candidacy for the coming ninth general convention which is going to be held from October 15-17 in Kathmandu.

He announced his candidature after taking stock of the situation visiting different parts of the country. Acharya has also public 10 point commitment. In his commitment, Acharya has said that he will work to mobilize knowledge, resources, and capacity of non-residential Nepali for the social and economic development of Nepal.

Acharya also has also expressed his commitment to making foreign employment honorable and organized. Acharya also said that he will make an effort to separate passport to Non-Residential Nepali and effort to make the citizenship process for NRNA easier.

Born in Dhairing in Parbat District, Acharya has been doing various businesses in the United Kingdom. He has been actively taking part in NRNA campaign since 2003. He worked in various capacities of NRNA’s the United Kingdom and Europe chapter

India Provides Grant For The Construction Of New School Building In Butwal By NEW SPOTLIGHT ONLINE 1 hour, 9 minutes ago

PM Oli Adopted A Rhino By Agencies 14 hours, 32 minutes ago