Nepal Cannot Allow To Use Its Soil against Anti-China Activities: Prachanda

Nepal Cannot Allow To Use Its Soil against Anti-China Activities: Prachanda 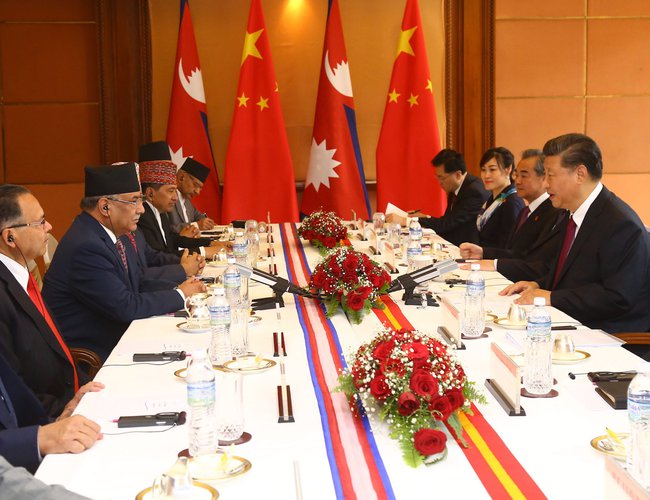 Co-chairman of Nepal Communist Party Pushpa Kamal Dahal Prachanda said that Nepal cannot allow using its soil against anti-China activities. While paying a courtesy call to Chinese President Xi Jinping former Prime Minister Dahal said that there is no space for anybody to use Nepal against China.

Former Prime minister Dahal with secretariat members jointly met Chinese president Xi Jinping in Hotel Soaltee. According to a member of the NCP secretariat, Prachanda elaborated Nepal-China relations in his 20 minutes meeting. He said that his party and government want to learn the development of China to be driving the country to prosperity.

Dahal also stressed the need to further strengthen Nepal-China relations into a new height. Chinese President Xi said that the Chinese and Nepali Communist Party are able to rule the country wining the heart of the people.

Nepal Is Committed To End All Kinds Of Discrimination: Foreign Minister Gyawali By Agencies 3 hours, 6 minutes ago