3 Killed And 46 Injured In A Bus Accident In Sankhu

3 Killed And 46 Injured In A Bus Accident In Sankhu 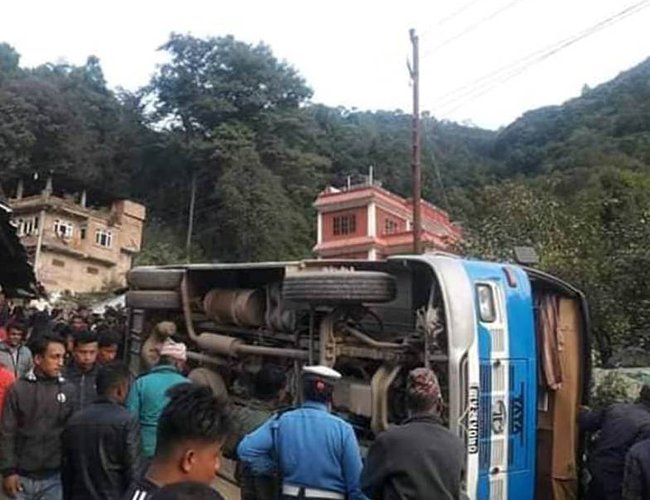 At least 3 people have been killed and 46 injured when bus crashed at Lapsifedi of Shankharapur Municipality ward 4. The bus departed from Melamchi to Kathmandu crashed today at 3. Two seriously injured were brought to Tribhuwan Teaching Hospital.

According to Police in Sankhu, the injured were admitted to Sushma Koirala Memorial Hospital and Life Care Hospital in Sankhu.

Those killed in the accidents are two women and a male and they are yet to be identified. According to the police, the bus crashed due to over speed.

The driver of the bus is at large.

Police Has Made Public Bhagrathi Murder Case Accused By Agencies 2 weeks, 2 days ago

Bhagirrathi Was raped Before Murder By Agencies 3 weeks, 6 days ago