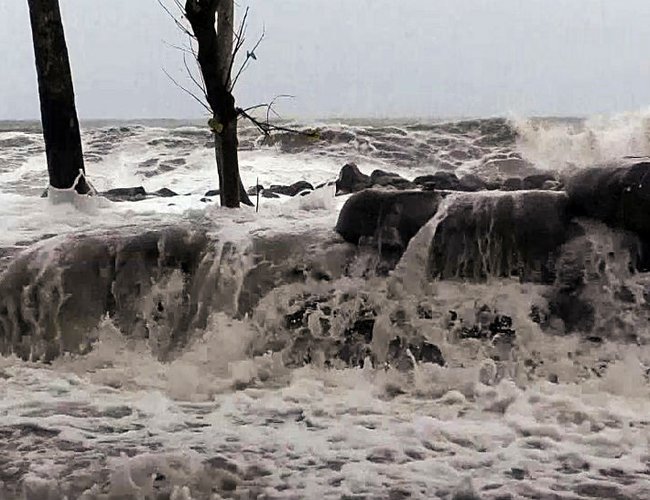 As predicted, likely Cyclone Bulbul is all set to make an appearance in the Bay of Bengal in the next 24 hours. At present, the weather system is seen as a depression over East-central and adjoining Southeast Bay of Bengal and North Andaman Sea.

According to Skymet Weather, the system has been intensifying rapidly, much faster than expected. The system has covered the journey from low-pressure areas to depression in mere 18-24 hours. In fact, present cloud configuration and atmospheric conditions are already indicating that the system has intensified into a deep depression. Looking at this, we expect deep depression to induce a cyclonic storm in the Bay of Bengal during the next 24 hours.

As per weathermen, the reason behind the rapid intensification can be attributed to extremely favorable weather conditions. The likely Cyclone Bulbul is traveling in deep ocean waters, encountering with low vertical wind shear, warm sea surface temperatures to the tune of 31°C-32°C and moist winds in abundance.

It is very likely to move west-­northwestwards for the next 24 hours and northwestwards in the subsequent 24 hours. Thereafter, as the system inches closer to the coast, it would start moving in a northward direction along the coast. The system is expected to cross the coast somewhere between Chandbali in Odisha and Sagar Island, West Bengal.

Features of Potential Cyclone Bulbul is somewhat akin to Cyclone Titli that had developed in the Bay of Bengal during October 2018. Like Title, Bulbul has the same place of origin and is also taking a similar route through the ocean. In fact, indications are there that Bulbul can also become very severe cyclone the same as Titli did. 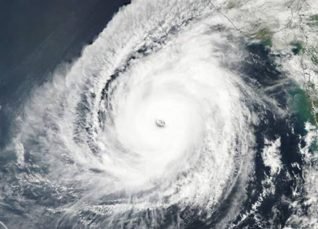 At present, the potential cyclonic storm is too far from the coast to have any impact over the landmass. However, by tomorrow, weather activities would start picking up and we can expect light rains over Coastal Andhra Pradesh and Odisha on November 6-7.

We would see a significant increase in the rainfall on November 8-9, but with the system, rain belt would have also shifted. We can expect moderate to heavy rains over North Coastal Odisha and Gangetic West Bengal. These showers would be accompanied by strong surface winds of 50 mph to 60 kmph gusting up to 70 kmph. 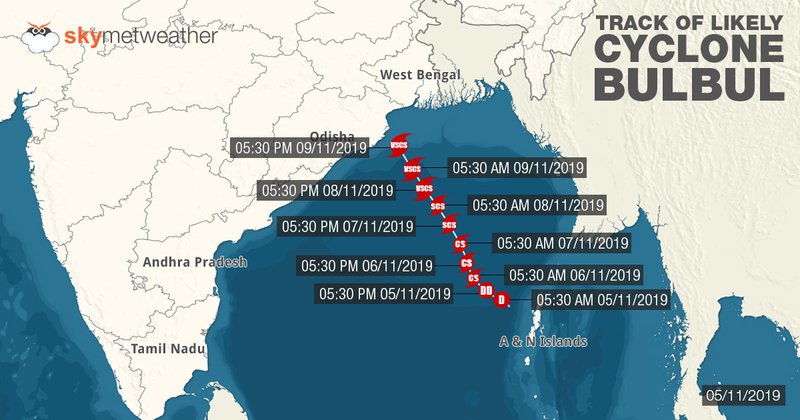 By November 10, potential cyclone Bulbul would most likely make landfall, triggering heavy to very heavy rains, with squally winds to the tune of 80 kmph to 90 kmph gusting up to 110 kmph. Places like Chandbali, Puri, Gopalpur, Balasore, Diamond Harbour, Digha and Canning would be on alert for some extremely heavy rains. In fact, areas like Baripada, Midnapore, Kolkata, Bhubaneswar might also see heavy rains.