EU working together with the government of Nepal: EU approves disbursement of €8.75 million in the agriculture sector. 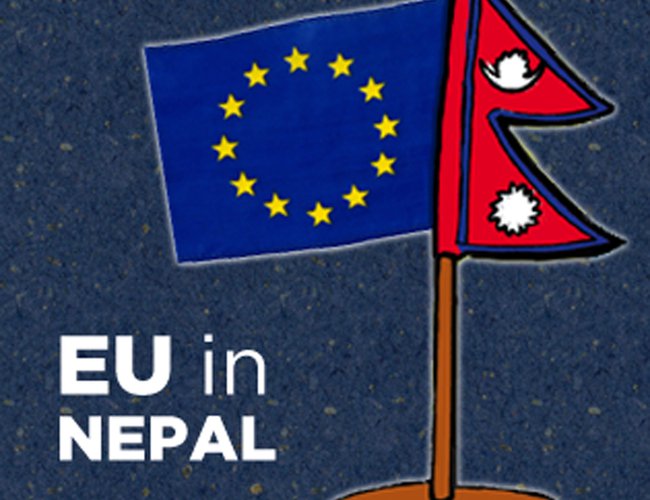 The EU has disbursed to the government of Nepal EUR 8.75M out of the initially EUR 10 M planned as first tranche within the Agriculture and Rural Development support program covering progress made during the 2017-2018 fiscal year. The program foresees three disbursements totalling €36 million (equivalent to NPR 4.5 billion).

"I take this opportunity to congratulate the authorities for the results achieved in the agriculture sector since the launch of the Agriculture Development Strategy (ADS): agriculture services have been extended; export earnings have risen; and irrigation and rural connectivity have progressed. In addition, reforms of the legal framework for land management and agribusiness activities, including agriculture markets, are underway. Accountability measures have also been strengthened with the establishment of annual costed plans and a monitoring framework. The EU shares the importance that Nepal attaches to agriculture and remains a strong partner in this sector", EU Ambassador Veronica Cody stated.

Nepal has fulfilled most of the policy commitments agreed with the EU for the release of the first disbursement under the program, as evidenced by the increase in the total value of processed dairy products from NPR 18.9 billion in 2014/15 to NPR 27.1 billion in 2017/18. Similarly, 994 agriculture and livestock technicians were deployed to local governments during the year 2017/18. Moreover, progress on the legislative area is also underway, with a new bill on land management, and the preparation of a new bill on agribusiness promotion. These are important accomplishments for agriculture in Nepal at a time when the country is transitioning to a federal form of governance. In addition to agriculture-specific commitments, the EU disbursement assessment also takes into account progress related to reforms in the fields of public financial management, existence of stability-oriented macro-economic policy and progress on budget transparency and oversight.

According to a press release issued by the Delegation of the European Union to Nepal, the EU is providing technical support to further strengthen the ADS implementation and its monitoring framework.

Ram, Sita, Laxman And Hanuman’s Statue To Be Installed In Ayodhyadham By Agencies 2 days, 6 hours ago