The court in its order directed to take the petition in priority and start regular hearing from December 2. The petitioner demanded to dismiss the government decision taken on 29 Falgun 2071 and notice published in Nepal Gazette on 30 Chaitra. 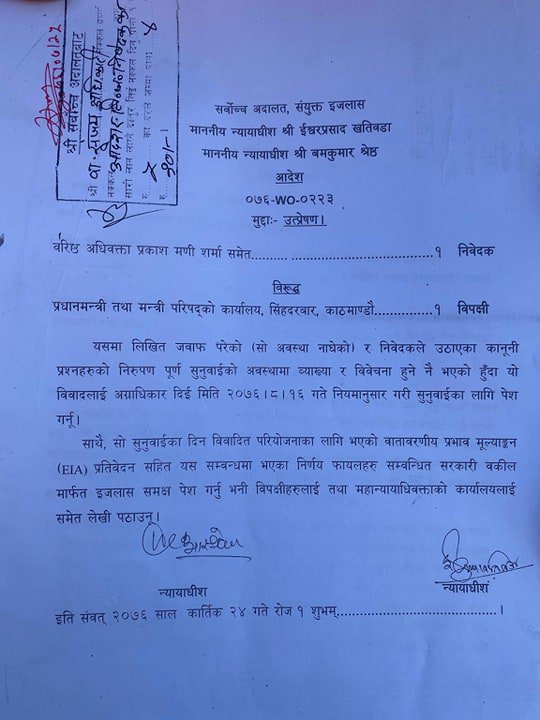 The petitioners have demanded with the court to issue mandamus to declare the areas as a protected arras to protect and the preserve ecologically valuable forest and habitat areas of wild endangered species.

Renowned environmental lawyer senior advocate Sharma said that the court order is very important in the sense that the court also realized the importance of rain forest of Nijgadh. He said that the destruction of the forest will not only destroy the habitat of endangered fauna and wild species but also open the gate for nearby Lalbakiya and Pasaha river to destroy land and houses of people living in south.

Nepal Is Committed To End All Kinds Of Discrimination: Foreign Minister Gyawali By Agencies 11 hours ago