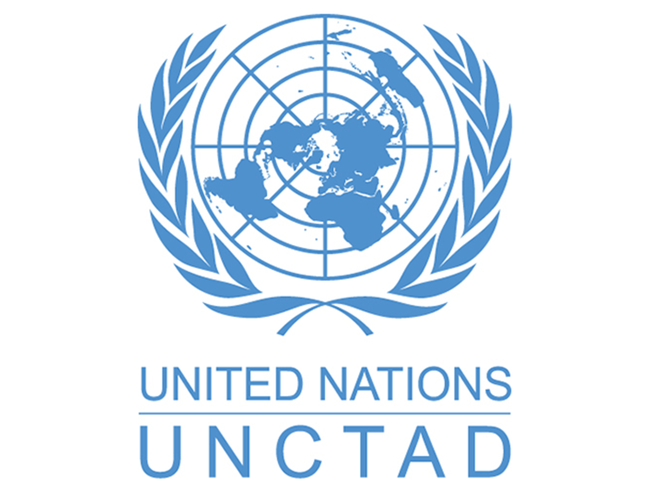 Least developed countries (LDCs), the world’s most impoverished nations, should proactively ensure external finance from all sources is directed to national development priorities. This approach is the best way to manage their aid dependency and eventually escape it, says UNCTAD’s Least Developed Countries Report 2019.

LDCs account for 15 of the 20 most aid-dependent countries in the world due to persistent shortfalls in their domestic savings, among other factors, according to the report.

“For LDCs to attain the Sustainable Development Goals and escape aid dependency, they need external finance that is targeted at the structural transformation of their economies,” UNCTAD Secretary-General Mukhisa Kituyi said.

To make this possible, LDCs should take ownership of their development agenda and manage the allocation of external development finance in alignment with their national development priorities. The international community also needs to step up its support towards this common goal, the report states.

It calls for an “Aid Effectiveness Agenda 2.0” to revitalize the aid efficiency agenda consolidated in the 2005 Paris Declaration on the quality of aid and its impact on development. LDCs should be equipped to adjust to a significantly changed aid and development finance landscape.

The developing world has access to a new aid architecture, with a wider array of external finance sources, but this situation has resulted in more complexity and opacity for the most impoverished nations, the report notes.

Moreover, this funding diversity has not translated into meaningful increases in development finance from all sources. Rather it has expanded the number of actors and instruments.

Official development assistance (ODA) disbursements to LDCs have increased by only 2% annually since the Istanbul Programme of Action of 2011 and remain far from internationally agreed targets, the report observes.

The sectoral composition of ODA continues to be biased towards social sectors, which absorb 45% of total aid, compared to economic infrastructure and production sectors, which receive only 14% and 8% respectively.

Modern development finance is also characterized by a growing number of complex instruments and declining concessionality (a measure of the "softness" of a credit reflecting the benefit to the borrower compared to a loan at the market rate).

The net result is that LDCs have increasingly resorted to debt financing, more than doubling their external debt stock from US$146 billion to $313 billion between 2007 and 2017. Currently, one third of LDCs are in debt distress or at high risk of debt distress.

To reverse the trend, the report urges LDCs to strengthen the management of their development finance. This could be achieved by establishing or reinforcing aid coordination mechanisms, as has been exemplified by some LDCs, such as Rwanda and Lao PDR.

In addition, the report recommends that LDCs clarify decision-making on the allocation of financial resources, project selection and the determination of priority areas and issues. They should devise mechanisms for the efficient disbursement, allocation and use of external finance to safeguard their fiscal space.

LDCs should also strengthen their state capacity to channel resources towards structural transformation. They should effectively mobilize and manage domestic finance to widen the fiscal space, secure needed human and institutional capabilities, and establish synergies between aid and domestic resource mobilization.

According to the report, LDCs need to mobilize and allocate the financing required for long-term investment in new productive sectors and activities, as well as the investments undertaken for the technological and organizational upgrading of existing sectors and producing units.

They should also establish and strengthen institutions necessary to undertake the financial analysis and planning and coordination for structural transformation, as well as those responsible for mobilization of domestic financial resources.

In addition, LDCs should carry out the policy reforms needed to expand the tax base and raise revenues, for instance by reviewing low tax rates in natural resources sectors (especially mining) and eliminating tax loopholes and unnecessary exemptions.

Calling for an “Aid Effectiveness Agenda 2.0”, UNCTAD advocates for the revitalization of the traditional aid effectiveness agenda,

The report says traditional donors need to adhere to existing commitments to dedicate between 0.15% and 0.2% of their gross national income as ODA to LDCs, up from current levels of just 0.09%. These commitments were reaffirmed by the global goals adopted by all nations in 2015.

In addition, donors need to align themselves with beneficiary countries’ priorities by guiding their aid allocations according to the national development plans of LDCs and by using existing national systems.

The report calls for the elimination of state-weakening practices, such as the establishment of independent implementation units by donors and accountability procedures that fall outside the scope of recipient state structures. These actions often drain national human resources or bypass national governments completely, often disempowering the state through direct intervention at the local level.

The report says the emergence of new actors in the development cooperation space and sources of finance present today, including the private sector, philanthropic organizations and NGOs, necessitates the review and adaptation of more traditional approaches.

UNCTAD urges the international community to take action at the bilateral and multilateral levels to reinforce measures by LDCs at the domestic level and to address systemic issues of the international financial architecture that affect LDCs’ access to development finance.

Such actions would include more South-South and triangular cooperation programmes.

The international community should also contribute to state-building in LDCs by providing capacity-building and training programmes, including in development planning, financial analysis and understanding of the evolving aid architecture.

It should give priority to the adequate representation and voice of LDCs in aid and development finance forums to ensure their specific concerns and interests are taken into consideration. This is especially true when discussing a multilateral debt restructuring mechanism, illicit financial flows, international liquidity or climate finance.

“This will entail restoring the primacy of multilateralism as the foremost means by which the voice and concerns of LDCs can be heard and catered for,” the report states.

Nepal Is Committed To End All Kinds Of Discrimination: Foreign Minister Gyawali By Agencies 5 days, 20 hours ago