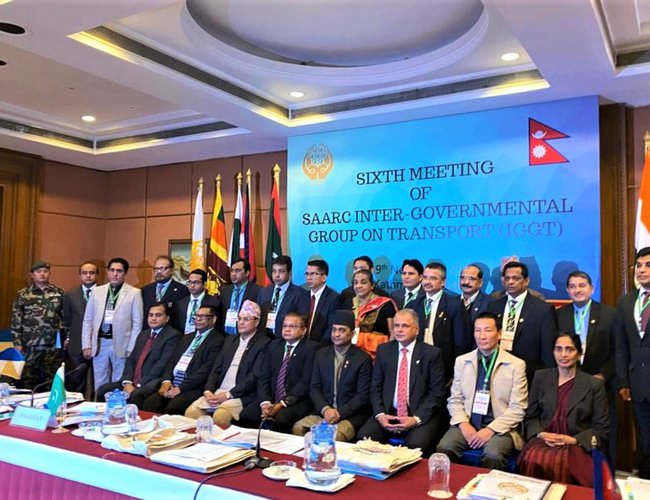 “It will also promote people-to-people contacts, tourism and economic relations, leading eventually to the goal of the South Asian Economic Union, as envisioned by our leaders during successive SAARC Summits, including the Eighteenth SAARC Summit held in Kathmandu in November 2014,” the Secretary General said.

In his address, the Secretary General thanked the Government of Nepal for hosting the Meeting. He also appreciated important role being played by Nepal as the current Chair of SAARC.

The Secretary General said that in order to give impetus to the overall objective of enhanced physical connectivity, the Sixteenth SAARC Summit in April 2010 declared 2010-2020 as the ‘Decade of Intra-regional Connectivity in SAARC’. Since the declaration of the Decade, several efforts were being taken to link the eight countries in the region through road, air, rail and sea, he asserted. He stated that the SAARC Motor Vehicles Agreement, SAARC Railways Agreement, and SAARC Air Services Agreement were under consideration. He expressed the hope that this Meeting will be able to make substantive progress in finalizing the three important Agreements as well as in operationalizing the SAARC Cargo and Passenger Ferry Service soon. 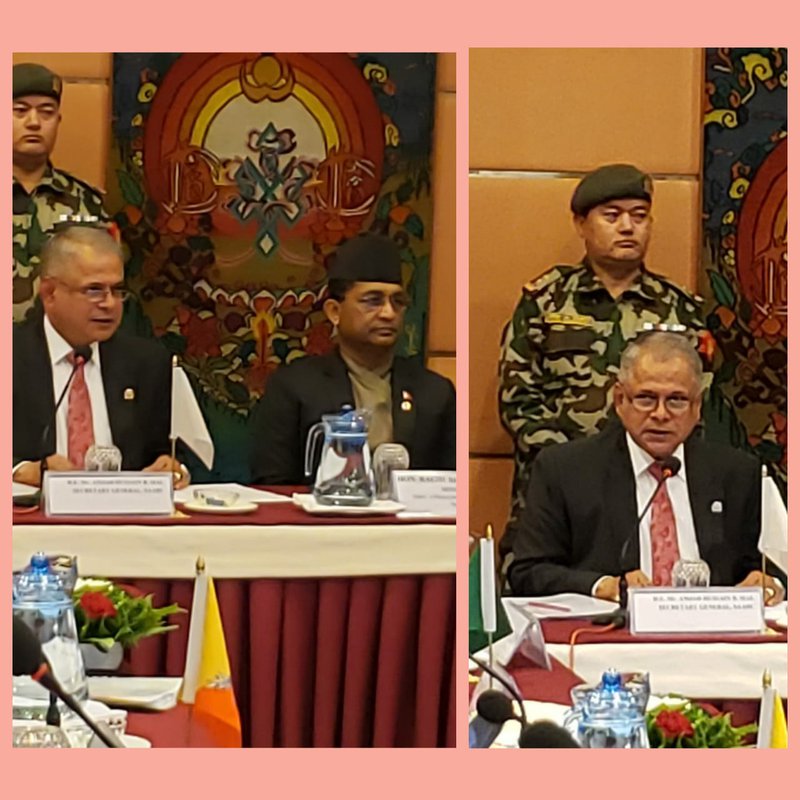 “During the Eighteenth SAARC Summit, our leaders renewed their commitment to substantially enhance regional connectivity in a seamless manner through building and upgrading roads, railways, waterways infrastructure, energy grids, communications and air links to ensure smooth cross-border flow of goods, services, capital, technology and people,” the Secretary General said. He called upon the Member States to work strenuously to realize their commitment.

He said that during the Eighteenth SAARC Summit, the leaders also emphasized the need to link South Asia with contiguous regions, including Central Asia, and beyond, by all modes of connectivity and directed relevant authorities to initiate national, regional and sub-regional measures and necessary arrangements. “Accordingly, we are in consultation with the Asian Development Bank to conduct a Study to explore possibilities for improving intra-regional connectivity within the region and beyond. Additionally, the work on updating the SAARC Regional Multimodal Transport Study with the technical and financial assistance of the Asian Development Bank is in progress,” he said.

He further stated that the operationalization of the Infrastructure Window of the SAARC Development Fund marked a significant headway, opening up ample avenues for project-based collaboration in the development of infrastructure across the region. The Member States were in the process of conceptualizing projects in the field of connectivity for collaboration with SAARC’s observers, he added.