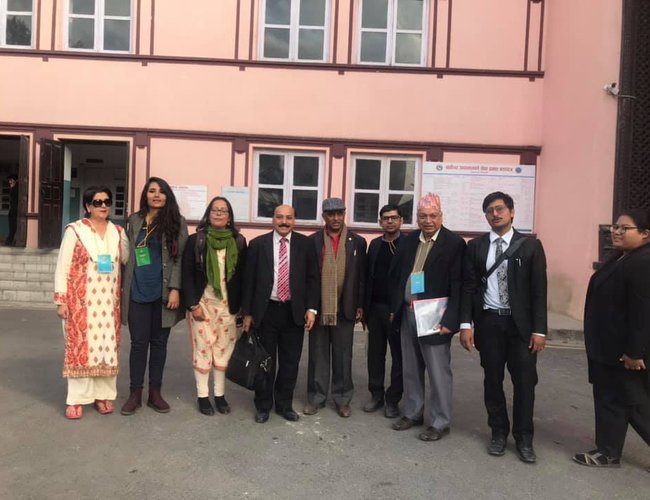 The Division Bench of Supreme Court headed by Chief Justice Cholendra Sumsher Rana and presided by Justice Kumar Regmi has started the hearing on Public Interest Litigation regarding the construction of Nijgadh International Airport.

Filed by senior advocate Prakash Mani Sharma and ten others including environmental and heritage activist Chanda Rana, the petitioners have demanded mandamus to cancel the faulty EIA and construction of the airport on that basis. They have also demanded Certiorari directing the government to protect the environmentally valuable forests and fauna of Nijgadh.

Rana, who has been launching various programs to save 2.4 million trees and protect the habitat of endangered Asiatic Elephants and other wild animals, attended the whole proceeding. In her facebook wall, Rana has enthusiastically said that the bench heard the argument very seriously. She said that they are hopeful the court will support their demands to protect the natural forest and trees. 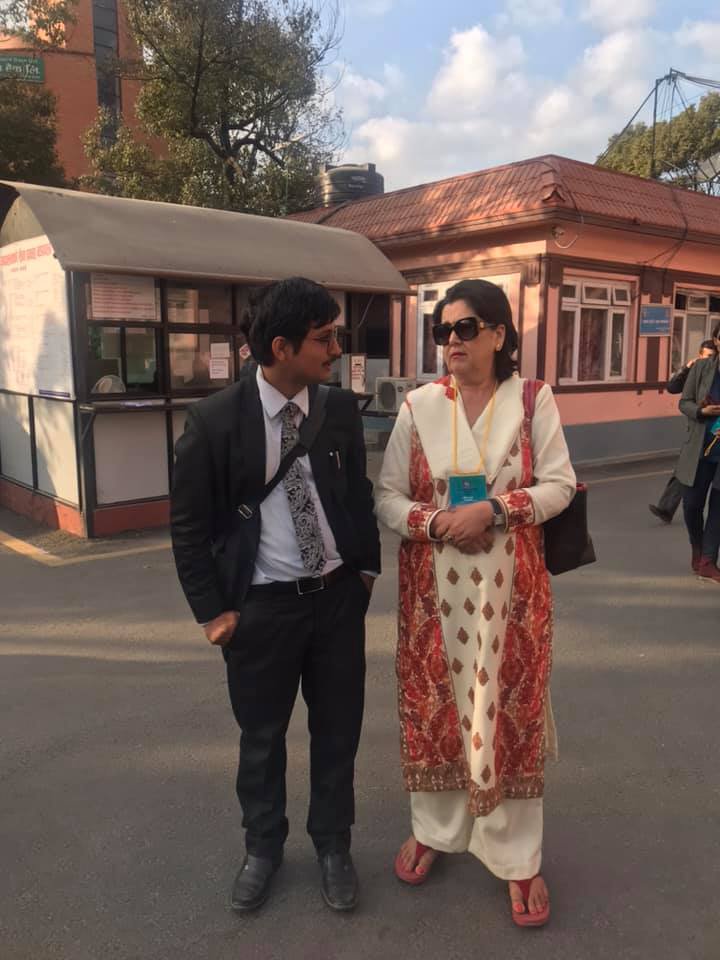 Pleading on behalf of petitioner senior advocate Dinesh Tripathy has argued that the construction of the airport will not only destroy highly valuable rain forests but also a habitat of endangered Asiatic Elephants and other wild animals demanding to issue Mandamus to stop the construction of the airport in such a highly naturally important forest area.

He argued that the construction of the airport will also intensify the floods of Lalbakiya and Pasaha rivers threatening the life of living in the south of the airport. Senior advocate Dinesh Tripathy said that Lal Bakiya and Pasha rivers destroyed the land and displaced thousands of people with the safeguard of the forest. He said that cutting off 2.4 million trees will turn the large numbers of Nepal’s terai desert affecting the rights of the people.

Prepared in haphazard and without fulfilling basic principles of Environmental Impact Assessment, Nijgadh’s EIA has many flaws thus there is enough justification for the course to issue a mandamus to stop the construction of International Airport and protect the basic human rights of the people and wild animal.

Senior advocate Tripathy argued that the Constitution of Nepal gives high importance to the preservation of nature. He urged the court to issue mandamus orders in the name of the government to stop the construction of the proposed Airport. He argued that the government of Nepal is violating its own commitments expressed through international conventions aimed to protect endangered wild animals and natural fauna and forest

He said that the natural forest areas are depleting in terrain and the destruction of the Nijgadh forest will destroy the natural habitat of Asiatic Elephant and other wild animals as well as displace hundred and thousands of local people. He argued that Nepal has currently three international airports and there is no just another one in the proximity of two others destroying the highly important forest.

Petitioner Adhikari expressed a strong belief that the court will protect the rights of people to live in a safe and secure environment guaranteed by the Constitution of Nepal.

Advocate Rupa Basnet pleaded that the Nijgadh Airport’s EIA itself has so many flaws and prepared without following the principle. She has pleaded the court to issue mandamus and certiorari to cancel the project and other EIA. This is a faulty EIA and demanded mandamus.

Senior advocate and petitioner Prakash Mani Sharma from Pro-public, senior advocate Trilochan Gautam will continue to plea in the next hearing.