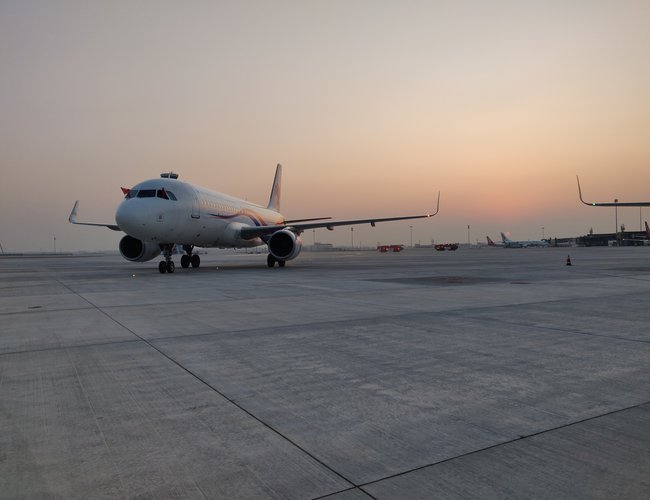 Himalaya Airlines, a Nepal - China joint venture international airline, resumed its flight to Kuala Lumpur, Malaysia from December 09, 2019. The airlines first operated to Kuala Lumpur from February 10, 2017 but suspended the operation from November 2018 due to discontinuation of labor visa permit to Malaysia.

As the airlines re-connects the sector before the onset of VNY 2020, it aims at promoting and capturing the outbound tourism potential of the region into Nepal. With the new flights, they believe to serve the passengers better and to boost the connectivity of Nepal among Asia Pacific Region. Attracting numerous tourists towards the city every year, Kuala Lumpur is one of the most preferred holiday destinations among Nepalese Outbound travellers.

“We are excited to re-launch the direct flights between Kuala Lumpur and Kathmandu. We hope this resumption will boost the significant commercial opportunity that exists for travelers in both the nations enhancing trade, manpower and tourism. There is a strong demand from both the markets on the route and with the revised MOU between two Governments; the passenger traffic is bound to increase. This connectivity is expected not only to cater to a large number of Nepalese working in Malaysia but also to increase the inflow of the leisure travelers. We hope to provide convenient, economical direct connection with Nepalese hospitality to all our valued passengers. This resumed operation is our yet another effort in line with H9’s strong commitment towards contributing for VNY 2020’s International arrival targets.” said Vijay Shrestha, Vice President – Administration. 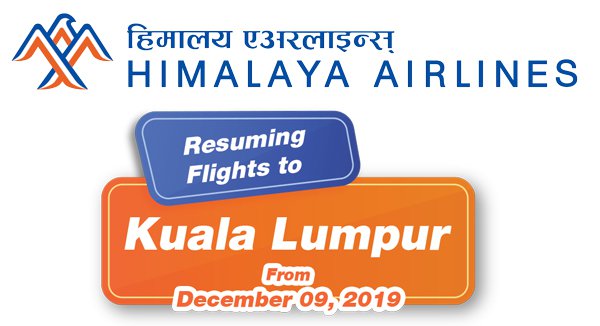 The twice weekly schedule has convenient timings and the Free Baggage Allowance for both the routes is 40 Kg for Business Class and 30 Kg for Economy Class. The airline aims at ensuring on-time flight performance with its flight schedule.

Starting with one aircraft and one destination the Airlines has quickly moved its way to three aircraft and 7 destinations in a short span. The Airlines took off to its first destination: Doha - Qatar on May 31, 2016 and further expanded its network to other countries of Asia, the latest destinations being Abu Dhabi - UAE, Dhaka – Bangladesh and Beijing - China in the year 2019. H9 network currently includes: Abu Dhabi, Dammam, Doha, Dhaka, Kuala Lumpur, Beijing, Guiyang & Changsha. Himalaya Airlines is the first and the only airline connecting Nepal to the Kingdom of Saudi Arabia with its historical connectivity to Dammam & currently is the only Nepali Airline operating flights to China.

Presently, Himalaya Airlines owns the young fleet of three A320-214 series of narrow-body aircraft with the configuration of 8 Business class & 150 Economy class seats and has plans to add three A319-115 series in its fleet by 2020 to fly Trans-Himalayan ranges and launch flights to Lhasa. The airlines is now focusing to build its connectivity with China; spreading its wings first to Shenzhen, Chongqing, Nanchang & Shanghai & next to Ali & Lhasa.

In its first year of commercial operations, H9 received the international award for “Leading New International Airlines in South Asia” at South Asian Travel Awards (SATA) 2017. This award honors the efforts undertaken towards developing high standard of services and expanding network and has given a tremendous boost to H9 family to excel further and rise higher in the aviation sector. The team of professionals comes from a multicultural and diverse background and is dedicated to deliver highest quality of customer service with a sense of genuine Nepalese hospitality to its esteemed passengers, following the age-old tradition of “Atithi Devo Bhava” – Guest is God.