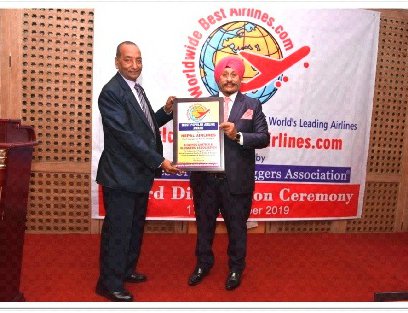 Airlines Critics & Bloggers Association (ACBA) has chosen CEO of NAC Madan Kharel as “Airline CEO of the Year” in recognition of his leadership qualities, team management, popularizing the airline brand, and above all his passion for making Nepal Airlines the leading airline company of the area, the statement said.

ACBA handed over awards to Executive chairman Kharel amid a function on Tuesday.

ACBA is powered by worldwid bestairlines.com, the only registered organisation of Airline Auditors/ Reviewers/ Bloggers/ Air Passengers and Aviation Journalists in the world. 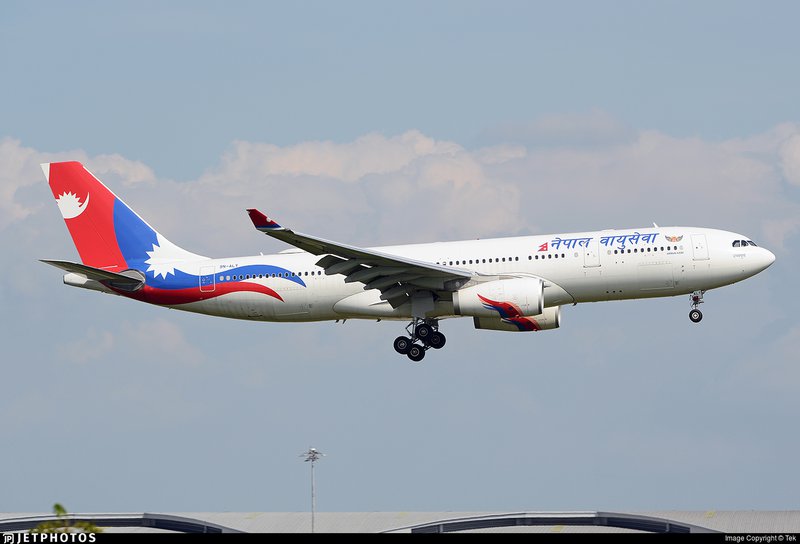 NAC was chosen for award following reviewing its qualities, performances and services — time performance, ground staff performance at the airport, crew’s behavior and their services, in-flight meal quality, entertainment facility for passengers on board, safety, comfort , baggage handling, price-performance ratio, cleanliness and maintenance — among other factors.

The decision to present such a prestigious award has been taken after receiving positive feedback from the bloggers, flying anonymous on various sectors of Nepal Airlines. The ACBA management and staff further congratulated the entire staff and management of NAC for its excellent air services.

According to a prss release issued by NAC, prior to this, the ACBA bestowed “Worldwide Best Airline Award” to THAI AIR and FINNAIR.