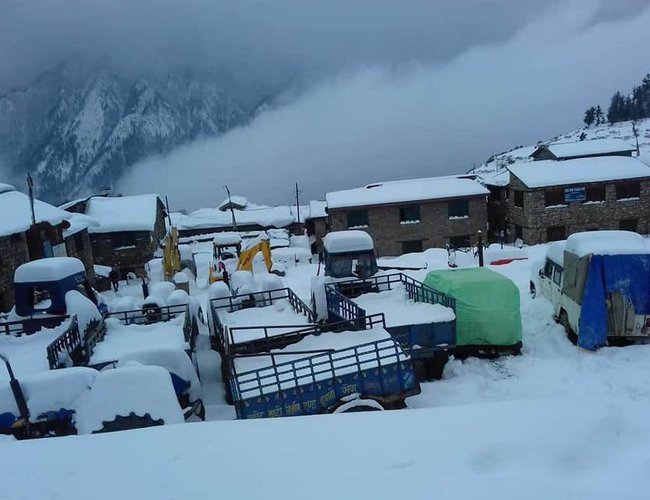 Chief District Officer Ananda Poudel said that they have issued a notice asking locals of hilly-areas to keep themselves warm and directed the local levels to supply medicine.

According to Rashtriya Samachar Samiti, snowfall had taken place in the district in second week of December this year. A local Mohan Bista of Khodpe said that normal life has been affected due to cold following snowfall and locals are forced to limit themselves inside the house due to this.

Similarly, locals said that problem has surfaced to graze their cattle with increasing cold. Whereas, farmers of some places having no irrigation facility are elated due to snowfall and rain.