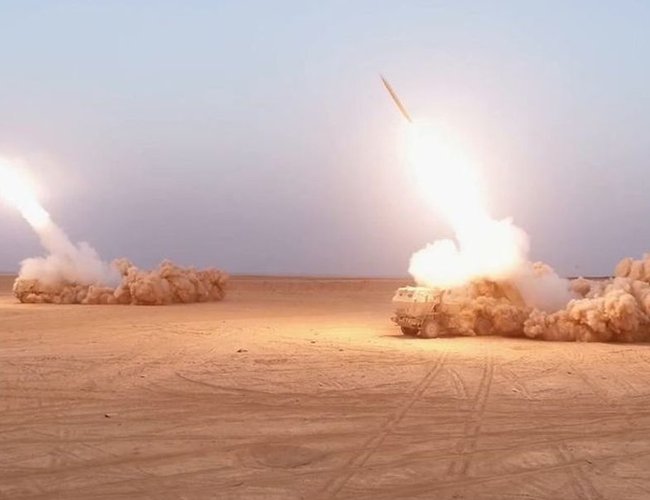 Iran has launched "more than a dozen" ballistic missiles against two Iraqi military bases housing U.S. forces, the Pentagon said Tuesday. Iran said the attack was in retaliation to the airstrike that killed Iranian General Qassem Soleimani, one of the most powerful figures in the Islamic Republic.

In a statement, the Pentagon said the missiles were launched from Iran and targeted the Al Asad and Irbil military bases. U.S. officials are still conducting initial damage assessments, the statement said. It's unclear if there were any casualties.

"Tehran is also a major proliferators of ballistic missile technology to regional state actors and proxy groups," the assessment said. "Iran continues to attempt to increase the lethality, reliability and accuracy of its missile force."

White House Press Secretary Stephanie Grisham said that the White House is "aware" of the reports and that President Trump has been briefed. Vice President Mike Pence has also been briefed, his press secretary said on Twitter.

Trump and Melania toured Al Asad, one of the bases targeted in the attack, during a surprise Christmas visit to troops in 2018. It was Mr. Trump's first trip to Iraq and his first visit to a combat zone as commander-in-chief.

The Islamic Revolutionary Guard Corps, a unit of Iran's military, claimed responsibility for the attack in a statement Tuesday evening. "The brave soldiers of IRGC's aerospace unit have launched a successful attack with tens of ballistic missiles on Al Assad military base in the name of martyr Gen. Qasem Soleimani," the group said.

Over 10 Reportedly Killed In Myanmar Protests By NEW SPOTLIGHT ONLINE 3 days, 15 hours ago