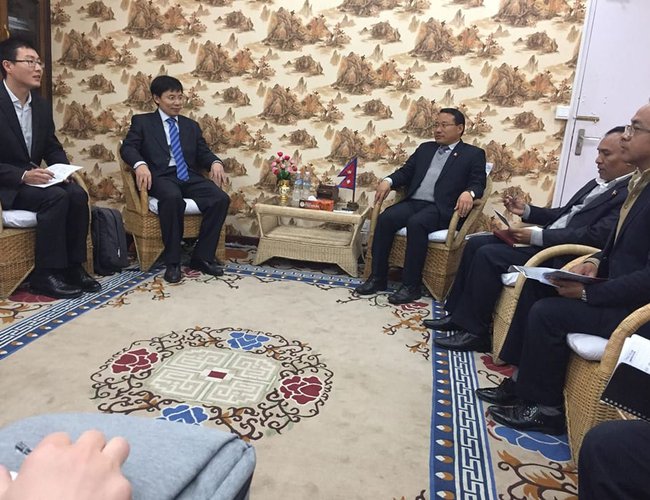 Meeting with the deputy director general of Meteorological Department of People’s Republic of China, minister Pun said that any impacts of disaster would have implication in Nepal saying that Nepal shares 1500 kilometers border with China in north.

Minister Pun said that China is the sources of most of Nepalese rivers arguing that the pre-warning information is necessary to prevent the damage in the hydropower which are now under construction in the rivers.

Minister Pun also reminded the flood of Bhotekosi river of 2017 which damaged heavily in Sunkosi and Barabishe including an infrastructure of hydropower. Minister Pun said that early-information is necessary for Nepal to protect the infrastructures.

LOOMING LOADSHEDDING NEA SAYS NO By A Correspondent 3 months, 4 weeks ago