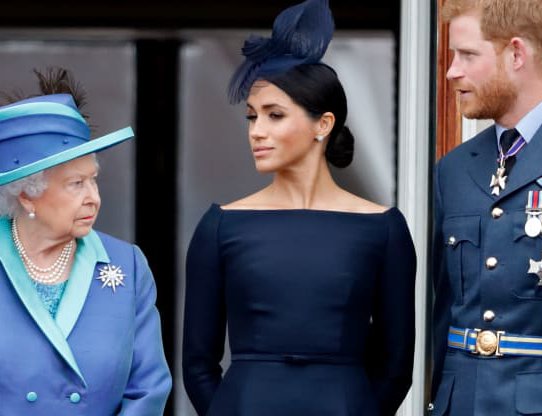 Queen Elizabeth has ordered a family summit at her home to thrash out what to do about Meghan Markle and Prince Harry’s wish to step down from senior royal roles.

The Queen will be joined by Harry, his brother Prince William and his father Prince Charles at the meeting at her country home of Sandringham, Norfolk, on Monday, Jan. 13.

It is likely the Duchess of Sussex will participate via phone if it happens within the right timeframe, bearing in mind that she is currently in Vancouver Island, Canada.

The high-level meeting to “talk things through,” as the source put it, raises the prospect that a conclusion is in sight to the unprecedented talks to find a solution that works for the Sussexes and the family.

“Following a series of meetings and consultations across the last few days, there is a range of possibilities for the family to review which take into account the thinking the Sussexes outlined earlier in the week,” the palace source said.

“As we have said previously, making a change to the working life and role of the monarchy for the Duke and Duchess of Sussex requires complex and thoughtful discussions. Next steps will be agreed at the meeting,” the source shared. “The request for this to be resolved ‘at pace’ is still Her Majesty’s wish. The aim remains days not weeks. There is genuine agreement and understanding that any decision will take time to be implemented.”

Their meeting will be the first time they’ve all been together since Remembrance Day weekend in November.

The meetings that have been taking place between the households of the Queen, Charles, William and Harry and Meghan have also involved the U.K. and Canadian governments.

The source would not be drawn on the timing of Monday’s meeting or whether it was in order to conclude the talks and come to a final agreement.

“There is a range of possibilities for the family to review,” the source reiterated.

But it is clear that the motivation of all, directed by the Queen, 93, is to get this done as quickly as possible.

Harry, 35, and Meghan, 38, stunned the world with their decision to “step back as ‘senior’ members of the Royal Family” on Wednesday. They revealed their plans to “carve out a progressive new role within this institution,” they wrote in a statement on Instagram.

“After many months of reflection and internal discussions, we have chosen to make a transition this year in starting to carve out a progressive new role within this institution. We intend to step back as ‘senior’ members of the Royal Family and work to become financially independent, while continuing to fully support Her Majesty The Queen. It is with your encouragement, particularly over the last few years, that we feel prepared to make this adjustment,” they wrote.

“We now plan to balance our time between the United Kingdom and North America, continuing to honour our duty to The Queen, the Commonwealth, and our patronages. This geographic balance will enable us to raise our son with an appreciation for the royal tradition into which he was born, while also providing our family with the space to focus on the next chapter, including the launch of our new charitable entity. We look forward to sharing the full details of this exciting next step in due course, as we continue to collaborate with Her Majesty The Queen, The Prince of Wales, The Duke of Cambridge and all relevant parties. Until then, please accept our deepest thanks for your continued support.”

They did not consult the 93-year-old monarch or other members of the family before making their announcement on a new website, sussexroyal.com, a move which hurt and disappointed the queen and other royals, according to a royal source.

The meeting on Monday will be the first time the senior royals have met in person to discuss the concerns raised by Harry and Meghan.

Officials had been holding talks behind the scenes since the bombshell statement to try to work out a new arrangement for the couple, and a royal source said those efforts progressed well.

The consultations, which also included the British and Canadian governments, paved the way for a face-to-face meeting between Harry and the queen.

The palace source said it remained the queen’s aim to a find a resolution to the crisis in days rather than weeks but it would require “complex and thoughtful discussions” and any agreement would take time to be implemented.

The split between Harry and the other Windsors is the latest crisis the royal family has faced in a period described last month as “bumpy” by the queen in a televised annual address.

Such is the global interest in Harry and Meghan that their news has overshadowed a scandal surrounding the queen’s second son Prince Andrew and his friendship with disgraced late U.S. financier Jeffrey Epstein, who hanged himself in jail in August while awaiting trial on federal sex trafficking charges.

In an emotional TV interview last October, Harry admitted he and William had fallen out.

The Sunday Times newspaper said the elder prince had spoken of his sadness at the rift. The brothers were close for years following the death of their mother Princess Diana in a Paris car crash in 1997.

The newspaper quoted William as saying to an unnamed friend: “I’ve put my arm around my brother all our lives and I can’t do that any more, we’re separate entities.

“I’m sad about that. All we can do, and all I can do, is try and support them and hope that the time comes when we’re all singing from the same page. I want everyone to play on the team.”

Earlier on Saturday, the Times newspaper reported that Meghan had agreed to do voiceover work for Disney <DIS.N> in return for the company making a donation to a charity she supports that works to protect elephants.

US: Troops In Afghanistan To Withdraw By September 11 By Agencies 1 day, 2 hours ago

50th Anniversary Of Ping-Pong Diplomacy By Agencies 4 days, 2 hours ago

May His Soul Rest In Peace’: World Reacts To Prince Philip Death By Agencies 5 days, 2 hours ago

Iran Nuclear Deal Talks To Resume Next Week By Agencies 5 days, 3 hours ago