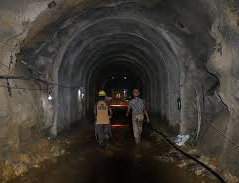 Dordi Khola and Dordi corridor will generate over 110 MW of powers within a few years. One of the tributary of Marsyangdi river, Dordi has high potential for hydropower.

The total cost of five hydropower projects is estimated to be Rs 23 billion. Most of them have seen 55 to 90 percent construction completion. All the projects have been funded jointly by private sector and local people.

Of them, Dordi Khola and Dordi 'A' are scheduled to complete in one year.

UPPER TAMAKOSHI: Ready For Generation By A Correspondent 1 day ago

UPPER TRISHULI 3 B Back At Work By A Correspondent 2 days, 23 hours ago