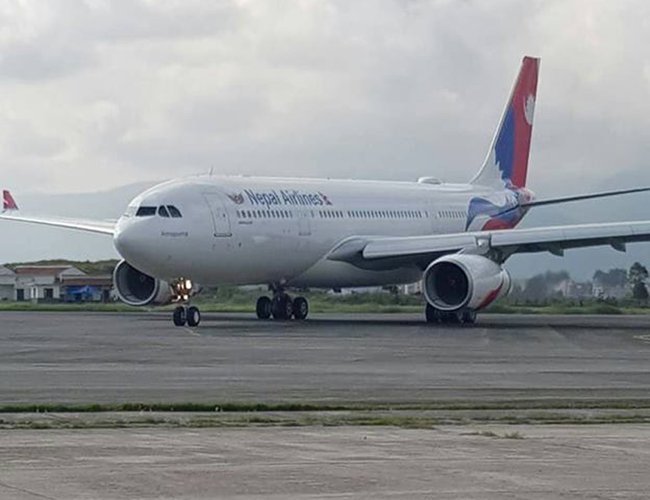 Although NAC had expressed interest in being appointed as the official partner of the VN 2020 campaign in November while presenting its quarterly progress review of the current fiscal year to Tourism Minister Yogesh Bhattarai, VN2020 choose Turkish Airlines.

With seat occupancy rate of 81 percent in fiscal year 2018/19, NAC carries the second highest number of tourists in Nepal out of 18 international carriers operating in Nepal.

The national flag carrier has projected annual revenue for FY2019/20 at Rs 17.25 billion. It collected Rs 4.29 billion from international operations, domestic operations and ground handling in the first quarter. NAC had mobilized total revenue of Rs 15.14 billion in FY2018/19.

According to a press release issued by NAC, the agreement was signed by Bachchu Narayan Shrestha, member secretary of VN 2020 Secretariat, and NAC director Archana Khadka at an event held at the secretariat.

NAC hopes that the partnership with VN 2020 Secretariat will be mutually beneficial. Under the agreement, both parties will organize promotional programs in travel and tourism trade fairs and sales missions organized by the secretariat.

According to NAC, the agreement has also mentioned that both parties will promote each other’s websites on their homepages as well as put each other’s logos on their websites, letter pads, event banners and other official activities.

NAC has also agreed to provide free tickets to travel and tour operators, celebrities, influencers and distinguish guests travelling to Nepal to attend events organized by the VN 2020 Secretariat.

Given the important role of national flag carrier to carry more tourists, the agreement reached between NAC and VN 2020 is regarded as a significant event.

All International Flights Suspended From May 6 To Till May 14 By Agencies 5 days, 8 hours ago