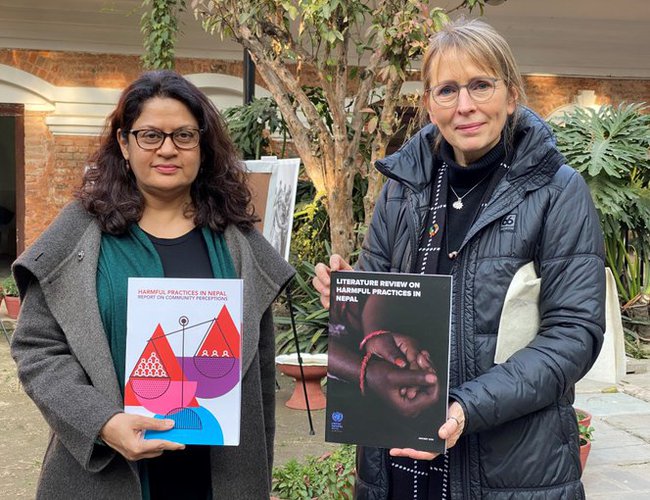 Valerie Julliand, the United Nations Resident Coordinator, released two reports on Harmful Practices and opened a Photo Exhibition on Chhaupadi amid a function in Lalitpur.

The books are part of the joint advocacy on addressing harmful practices in Nepal and published by the United Nations and the British Council. Resident Coordinator Valerie Julliand also opened a photo Exhibition on Chhaupadi and Witchcraft Accusations and Persecution by two prominent Nepali artists Uma Bista and Nabin Baral.

She said that the harmful practices aren't only a human rights violation, but a significant barrier to realizing development outcomes. Julliand said that she is glad to share these two reports which focus on the intersection between development and anthropology and to understand communities’ perspective on harmful practices.

According to the UN country team, the much awaited reports-A Perception Survey & Literature Review-exploring key harmful practices in Nepal is out now. The reports are a culmination of two years of research to understand the perspectives of communities on harmful practices.