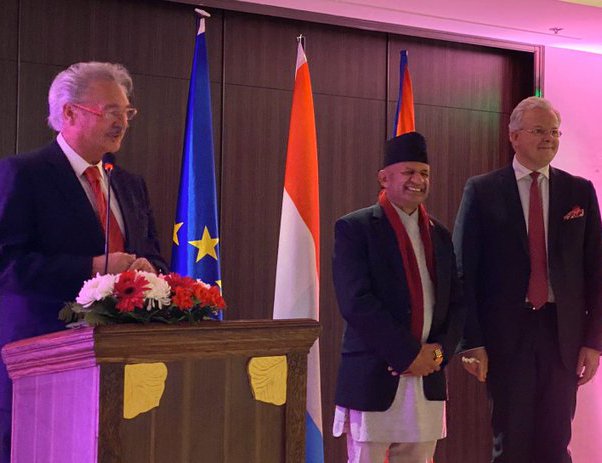 Foreign minister Pradeep Kumar Gyawali and Minister for Foreign and European Affairs of the Grand Duchy of Luxembourg Jean Asselborn ministers reviewed a wide range of matters of mutual interests. Nepal appreciated Luxembourg for the cooperation extended to Nepal through various channels including the EU framework.

Luxembourg and Nepal have long been cooperating in the Scout movement. Minister Gyawali highlighted the importance of enhancing economic cooperation, including trade, investments, tourism and transfer of technology in the days to come. Luxembourg commended Nepal's political achievement and expressed its readiness to work together in multiple forums in the areas of common interest. 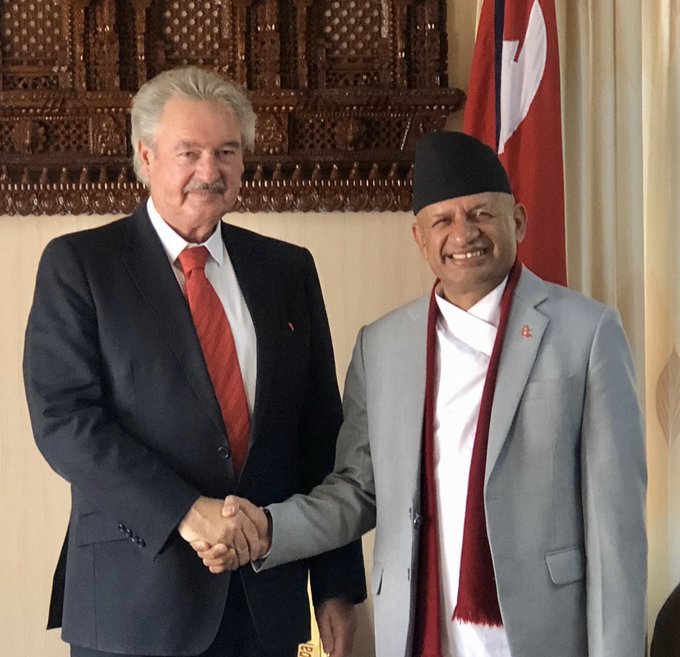 Minister Asselborn arrived this morning in Kathmandu for a two-day official visit of Nepal.

During the meeting, the two The ministers also exchanged views on matters of regional and global importance, including climate change, connectivity and migrant workers. They also agreed to continue collaborating in the multilateral forums on shared agendas.

Minister Gyawali hosted a luncheon in honour of the visiting delegation. Later in the evening, he attended a special ceremony hosted by the Foreign Ministry of Luxembourg to commemorate the 45th anniversary of the establishment of diplomatic relations.

The high-level delegation of Luxembourg paid a courtesy call on Prime Minister.

SC Issues Interim Order To Halt Export Of Aggregate To India By Agencies 5 hours, 53 minutes ago