KOICA Through Its KOV Program Signed An Agreement with Hetauda Submetropolitancity with A Project worth Around NPR 31,72,550 To Provide Quality Administrative Services By Purchasing Communication Equipments

KOICA Through Its KOV Program Signed An Agreement with Hetauda Submetropolitancity with A Project worth Around NPR 31,72,550 To Provide Quality Administrative Services By Purchasing Communication Equipments 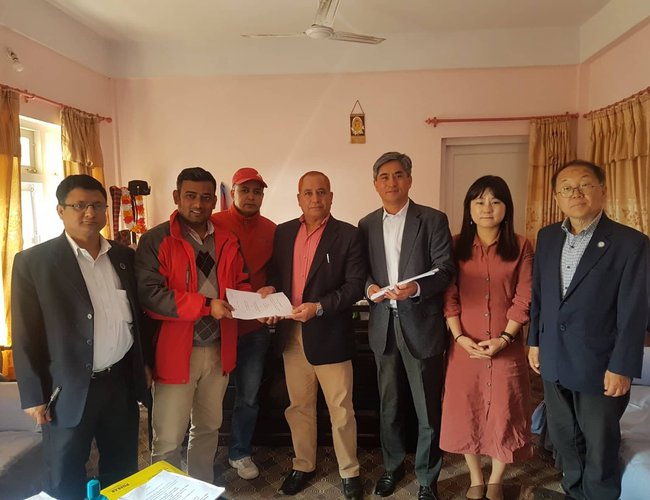 KOICA through its Korea Overseas Volunteer (KOV) Program signed an agreement with Hetauda Sub-metropolitan city to provide quality administrative services by purchasing communication equipments. The project will be implemented jointly by KOV Won June Kang and Hetauda Sub- metropolitan city. The total budget of the project is approximately NPR 31,72,550.

This project aims to secure bypass communication during disaster such as earthquake and break away the ISP-dependent network by establishing its own telecommunication network in Hetauda Sub Metropolitan City. Simultaneously, the project will implement a network security system including the introduction of VPN networks as well as help in development of network management, maintenance and operation technology for security equipment.

It is the second phase of IT project in Hetauda Submetropolitancity where former IT KOV had supported USD 20,000 to install computer hardware and software in various wards including database management and renovation of IT section to enhance IT friendly working environment.

Hetauda Submetropolitancity has also contributed around USD$58,066 for this project to enhance the existing IT system. Via this project high-speed optical communication intra network will be connected with municipality. It also connects ward 9 - 12 and ward 7 - 15 from an entire network as a ring type topology to secure communication by a way of bypass communication. Not only this but also, it protects data in server and PCs by establishing security measures such as implementing a firewall, installing security programs on each PCs and preventing hacking by establishing an encrypted VPN network. It also will be beneficial in system maintenance, security equipment preparation operation manual and technical training.

Hetauda Sub-Metropolitan city is one of the partners of KOICA with regards to KOV program. It has been receiving KOVs in various sectors like IT and agriculture since 5-6 years ago. The former KOVs had also contributed in IT and agriculture sector by conducting projects as well as transferring Korean skill to human resources/farmers of Hetauda Sub metropolitan city. KOICA has been implementing small scale projects like above through its KOV program in many other sectors as well. 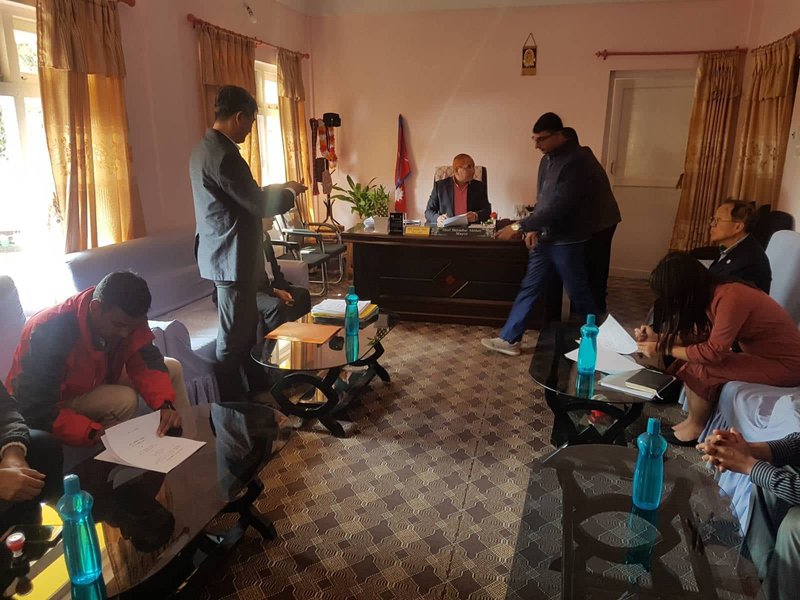 KOICA’s volunteer program is one of the main programs to contribute to socio-economic development of the partner countries at the grass root level. KOICA dispatches Korean national volunteers to partner government organizations as per the need of expertise, knowledge, and experience. Each volunteer serves in Nepal for 1 or 2 years in various fields such as education, health, agriculture, ICT, tourism, environment etc. Currently, 3 advisors & 29 KOICA volunteers are actively working in various government sectors in accordance with an agreement between the government of Korea and Nepal.

Chanda Led Maoist And The Government To Hold Talks By NEW SPOTLIGHT ONLINE 9 hours, 33 minutes ago

Nepal Is Committed To End All Kinds Of Discrimination: Foreign Minister Gyawali By Agencies 6 days, 9 hours ago