Minister Baskota Resigns Following The Leak Of An Audio Clip

Minister Baskota Resigns Following The Leak Of An Audio Clip 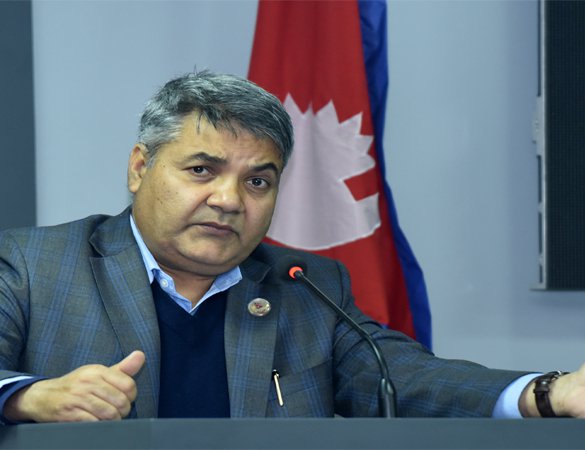 Minister for Communications and Information Technology Gokul Prasad Baskota resigned from his post on Thursday.

“As questions are being raised upon me, I hereby announce that I have tendered my resignation from the post of Minister for Communications and Information Technology to the Prime Minister on moral grounds,” he informed through his authorized Facebook page and Twitter handle.

Minister Baskota was under scrutiny following the leak of an audio clip wherein he is heard to be bargaining for the commission in the process of procuring the security printing press.

In the audio, Minister Baskota is heard talking about a commission of Rs 700 million with an agent. It may be noted that the Minister is also heard using abusive language to address employee/s of the project for establishment of the press. The person who is in conversation with Minister Baskota.

The government has been preparing to bring in security press worth Rs 35 billion as per government-to-government modality from France and Germany. By establishing a security printing press in the country, the government plans to print secured documents, certificates, and stickers including passports, excise-duty stickers, and vehicle driving licenses on its own.

Meanwhile, Swiss Embassy Says It Has No Meeting With Baskota.

The Swiss Embassy in Nepal said that no meeting was proposed by the Embassy with Minister for Communications and Information Technology Gokul Baskota.

“The Embassy of Switzerland in Nepal wishes to make clear that no meeting has been requested by the Embassy, nor is any meeting foreseen with the Minister for Information and Communication in the near future on the topic of Rs. 700 million bribes,” read the press release issued by the Embassy on Thursday.