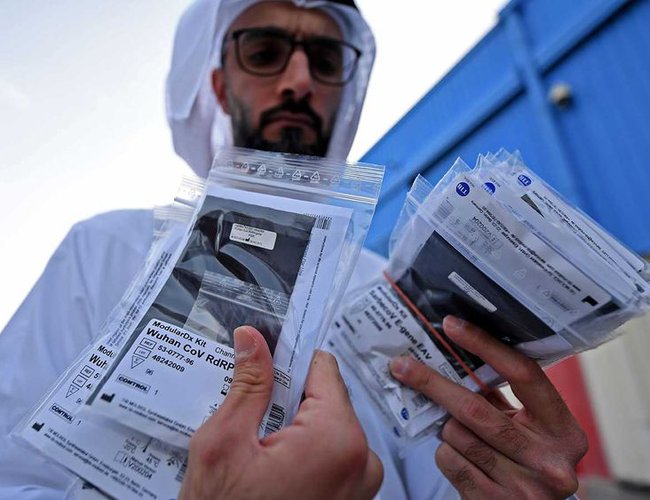 Ministry of Health and Prevention (MoHAP) reported 14 new cases of coronavirus including two Nepalese on Monday, bringing the total number of confirmed COVID-19 infections in the country to 59.

According to news, the ministry affirmed that since the emergence of the epidemic in China, UAE authorities have spared no effort in monitoring the spread of the virus in the country and handling it according to the highest medical standards. It added that several precautionary measures have been put in place, including the installation of detection thermal imaging systems and health checks at the country's border entry points, and isolating confirmed and suspected cases

Nepal Has Suspended All International Flights By May 31 By NEW SPOTLIGHT ONLINE 1 hour, 37 minutes ago

DAOs Extend Prohibitory Order In Kathmandu Valley Till May 26 By Agencies 7 hours, 43 minutes ago