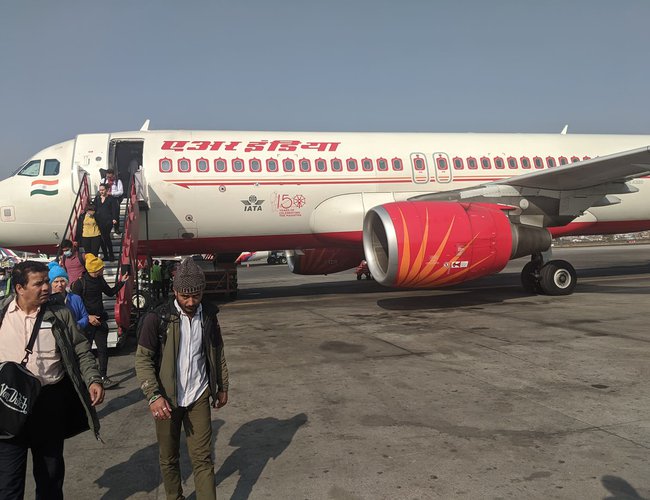 Vista’s last fly has already departed today from Kathmandu. Air India and Indigo will send their last flight tomorrow. Spokesperson of Tribhuwan International Airport Devendra Lal Karn said that there will be no flights for week between the two countries.

In line with the government decision, the Directorate General of Civil Aviation (DGCA) issued a circular stating that no international commercial flights will be allowed to land at airports in India for a week beginning March 22.

“No incoming scheduled international commercial aircraft shall be allowed to disembark its passengers on Indian soil (foreigner or Indian) after 1.30 am on March 23,” civil aviation regulator DGCA said.

India has already suspended the visas of all incoming tourists and barred passengers of flights from the European Union, the European Free Trade Association, Turkey and the United Kingdom. Travelers’ from several countries are also subject to a 4-day quarantine when they arrive in India.