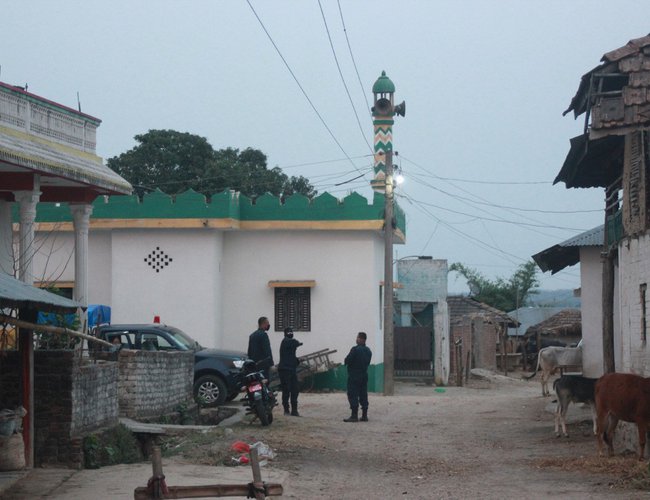 The police have prepared travel history of 16 people who had been hiding in a mosque at Triyuga Municipality-3 of Udayapur district, out of which 13 people including 12 Indians tested positive for COVID-19.

According to the preliminary travel history, it has been found that the COVID-19 patients had been staying in various mosques of Morang, Sunsari, Saptari and Udayapur for the last four four months.

Udayapur Health Office, Gaighat, informed that 69 swabs were collected in the first phase among 600 people of 53 families belonging to Muslim Community at Bhukle of Triyuga Municipality-3.

As per the preliminary travel history prepared by the police on the basis of train tickets, other documents and statements given by COVID-19 patients, it has been established that the 12 Indians had entered Nepal four months ago via Biratnagar, a city that borders with India.

They had reached Jogbani on December 10 from Delhi by railways, informed the police.

After entering Nepal, they had in the beginning stayed in Biratnagar-based mosque 10 for around four weeks and then they shifted to a Morang-based mosque and stayed there for 35 days.

“They had reached the mosque at Suwahi, Chaudandigadi Municipality-5 on March 8,” said Dipak Kumar Pahadi, Chief District Officer of Udayapur.

After staying in Siwahi for seven days, they went to Jhulke mosque on March 14.

After obtaining the travel history, three mosques of Saptakoshi Municipality, Saptari and a mosque of Kanchanpur Municipality at Baramjhiya have been sealed and the Rapid Diagnostic Test (RDT) is being conducted on full swing.

Ananda Thakur, assistant CDO of Saptari district, said that samples of 74 people were collected on Saturday itself.

A man from Bhokraha Narsingh rural municipality has been sent to quarantine after he was found to have stayed with the 12 infected in Bhulke mosque of Udayapur RSS reports.

The 46-year-old from ward no. 5 in the rural municipality had stayed with the group of Indian citizens, said Nepal Muslim Association, State no. 1 chair Haji Israil. He was sent to quarantine after it was known that he spent 10 days with the Indians, who were all found infected with Corona Virus.

According to RSS, villagers had raised alarm over the man hiding inside his home, following which a team of health workers including police person examined him and took him for quarantine in Biratnagar.

In the main time, Nepal Army collected the swab of 153 residents of Bhulke on the ground that the infected persons might had made some contact with the people. 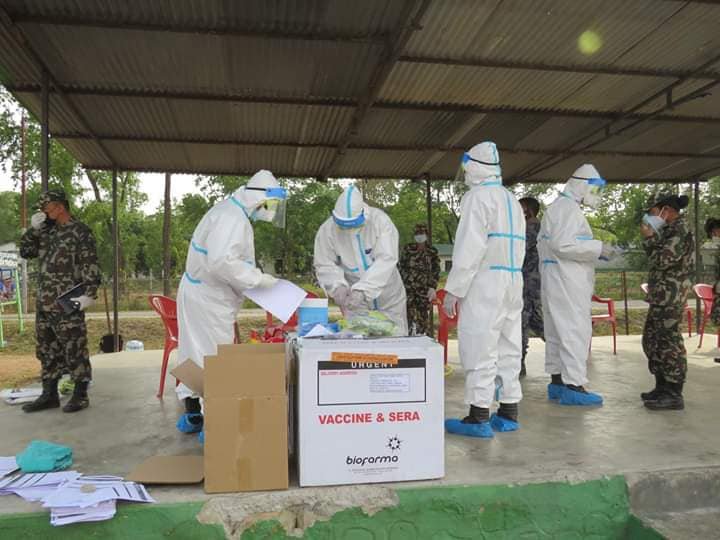 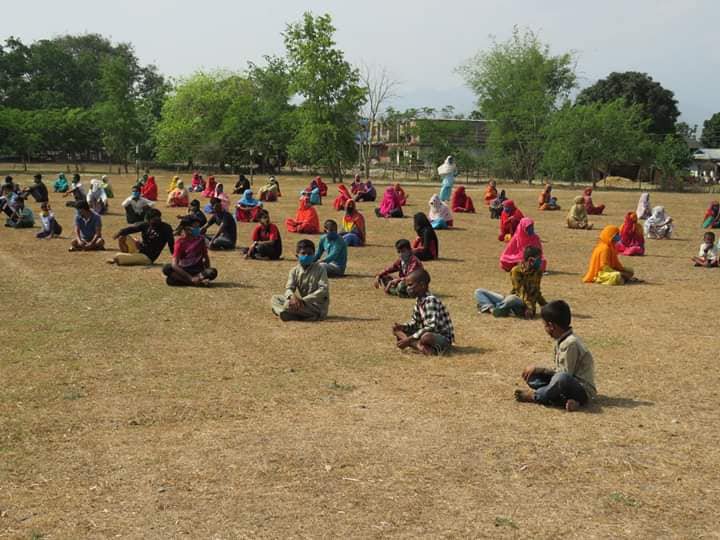 More Cylinders Will Be Brought From China Via Tatopani Border: Foreign Minister Gyawali By Agencies 18 hours, 22 minutes ago

Prohibitory Order Imposed In Rasuwa For A Week By Agencies 5 days, 18 hours ago