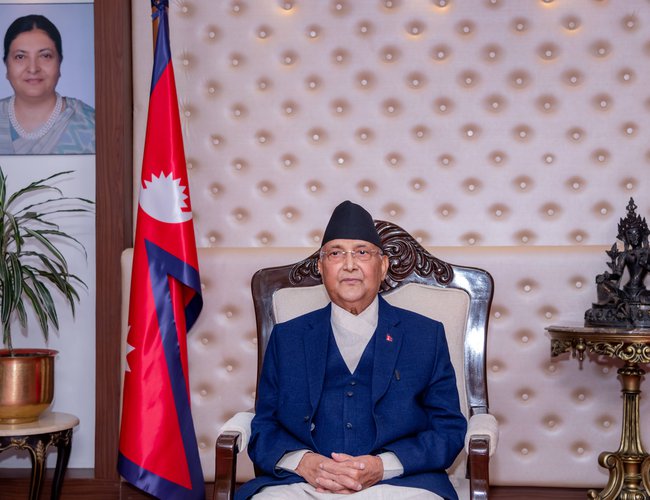 He said this in a statement issued on the occasion of the NCP Establishment Day and Lenin Birth Anniversary, today.

"The Soviet Union founded by Lenin seven decades back has dissolved. However, our NCP that developed in the light of Leninist thought has reached the highest seat of power in the seven decades' period to the level of leading the historic responsibility of establishing and institutionalising the rights of the Nepali people by instituting the federal democratic republic," reads the PM's statement.

Stating that NCP has been consistently sensitising and organising the people in the past two years, he recalled that it has been leading the struggle by facing several ups and downs as well as obstacles.

The NCP was formed on this very day 71 years ago under the leadership of Pushpa Lal Shrestha. Vladimir Iliyich Lenin, the historical personality who spearheaded change in the world, was also born on this very day.

The PM and party Chair further states: "The NCP carried forward the the great campaign of unity, reconstitution and a strong unity by putting a stop to the factionalism, division and anarchy that was growing in the party. The Nepali Communist Movement achieved its present height, struggling with feudalistic, regressive, autocratic and anti-people forces by promoting and adopting the unique and right thought through the creative practise of ideology instead of blindly and mechanistically following it."

Noting that it was an unparalleled achievement for the party to get the responsibility of running the government as the nation's main and decisive force by becoming victorious in more than two-thirds places through the popular vote, NCP Chair and Prime Minister Oli expressed high regard to the founding members as well as the leading thinker on this occasion of the party's establishment day.

"On this occasion, I pay my high respect to the martyrs who laid down their lives in the course of the seven decades long movement, comrades who were faithfully and incessantly dedicated to this movement and the justice-loving peoples who contributed to this movement in an organised manner by uniting under the hammer and sickle flag. I also express my heartfelt gratitude to all the Nepali people who have reposed their faith and supported the NCP by trusting it," the NCP Chair and Prime Minister said in his message.