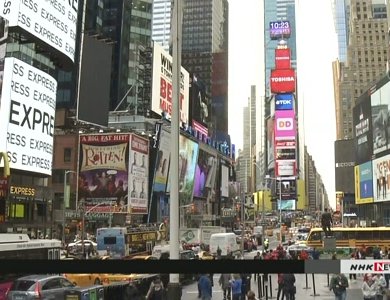 US government data show that more than 33 million people filed for unemployment benefits in the seven weeks since President Donald Trump declared a national emergency over the coronavirus in mid-March. The figure indicates that one in every five members of the labor force is now out of work.

The staggering numbers came when the Department of Labor said on Thursday that the advance figure for seasonally adjusted initial claims in the week ending last Saturday was nearly 3.17 million, a decrease of about 680,000 from the previous week's level.

Employers in a broad range of industries have been laying off workers because of the pandemic. Analysts fear that jobs statistics due out on Friday could be the worst on record.

Many US states have been partially reopening their economies. But it remains to be seen how many of those laid off will be reemployed.

Trump Returns To Spotlight And Hints At 2024 Presidential Run By Agencies 5 days, 3 hours ago