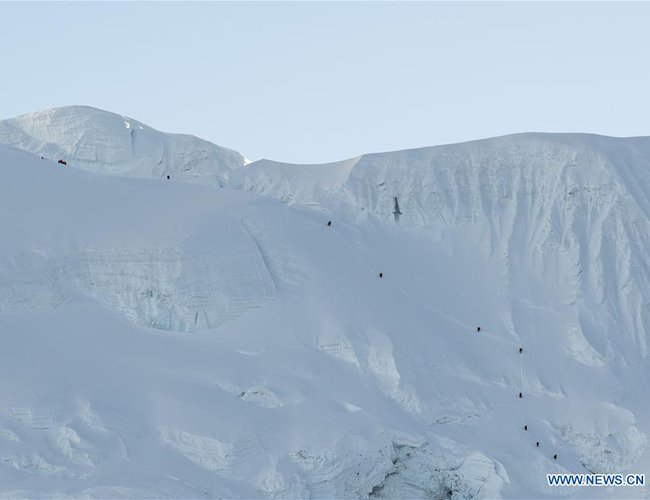 A road construction team will work on a route to the peak of Mount Qomolangma on May 12 if weather conditions permit.

The members eliminated potential safety hazards along the route and arrived at the camp at 2:00 p.m.

On May 12, a total of 12 guides will depart from the camp at an altitude of 7,028 meters to transport materials to another camp.

China initiated a new round of measurement on the height of Mount Qomolangma, the world's highest peak, on April 30. The measurement team consists of members from the Ministry of Natural Resources and the national mountaineering team.

Since the founding of the People's Republic of China in 1949, Chinese surveyors have conducted six rounds of scaled measurement and scientific research on Mount Qomolangma and released the height of the peak twice in 1975 and 2005, which was 8,848.13 meters and 8,844.43 meters respectively. 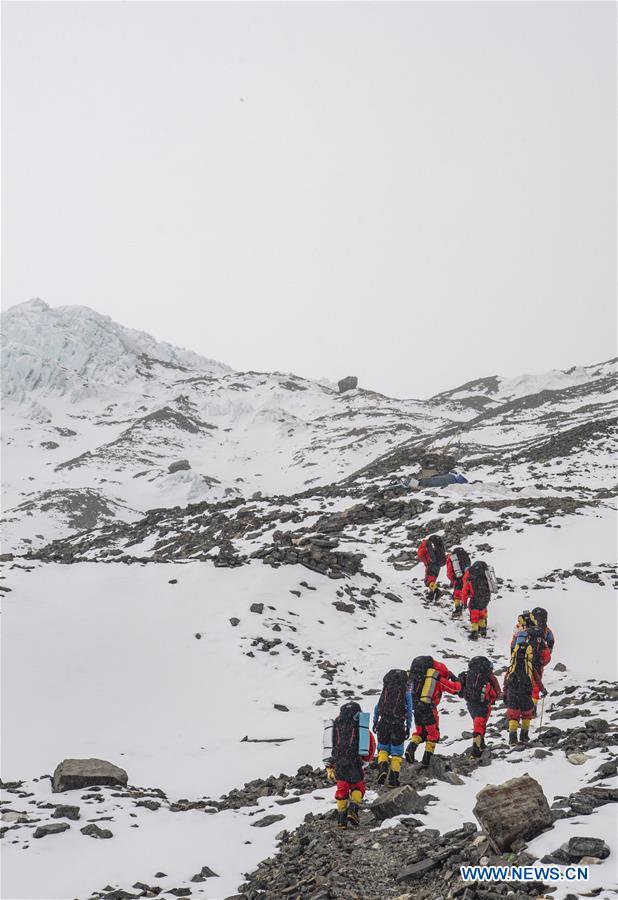 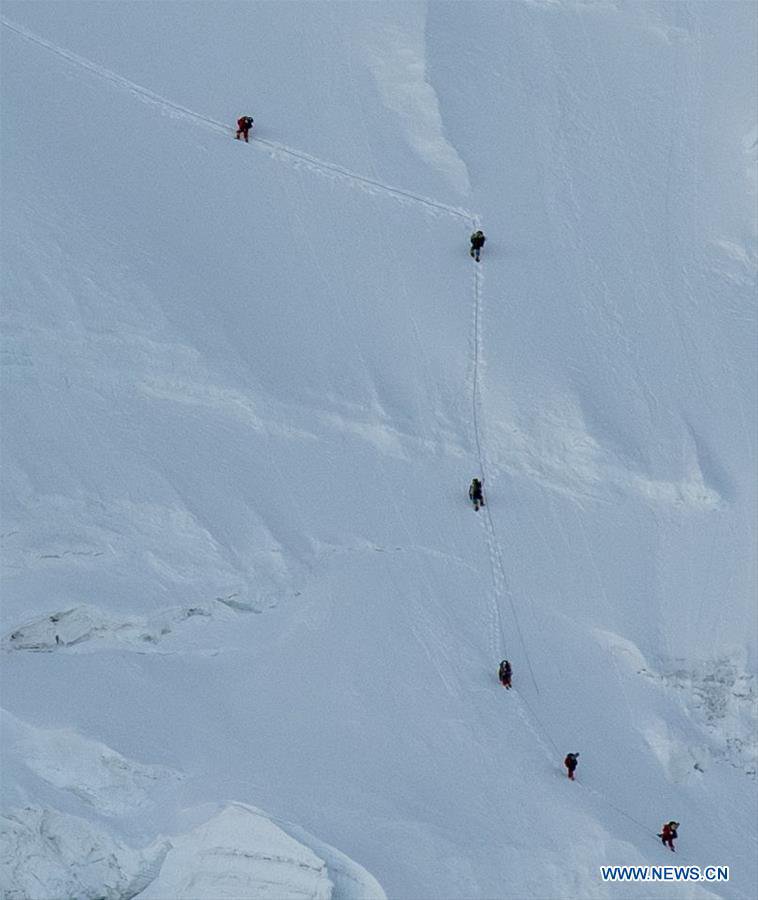 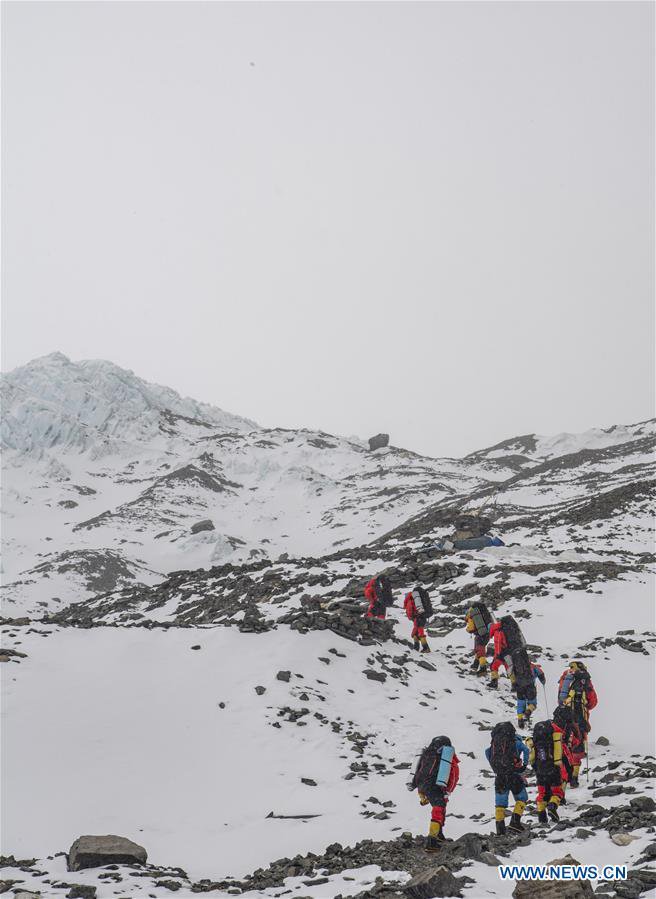 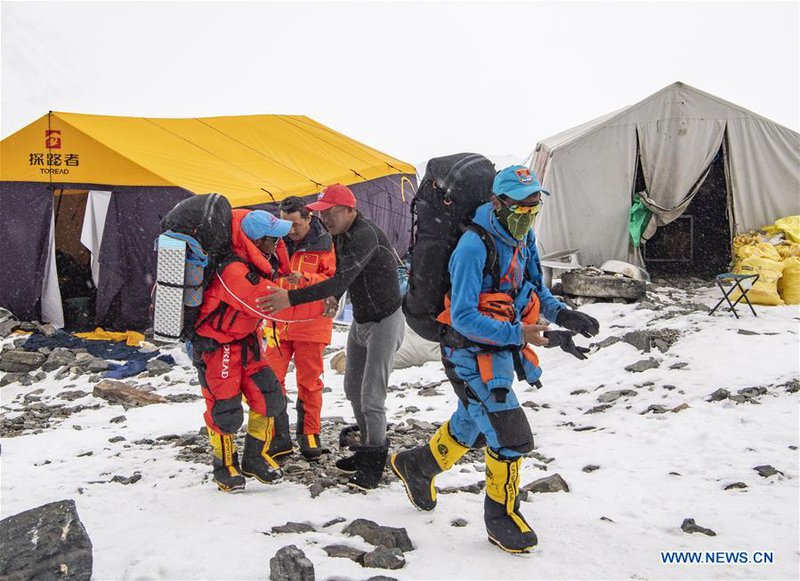 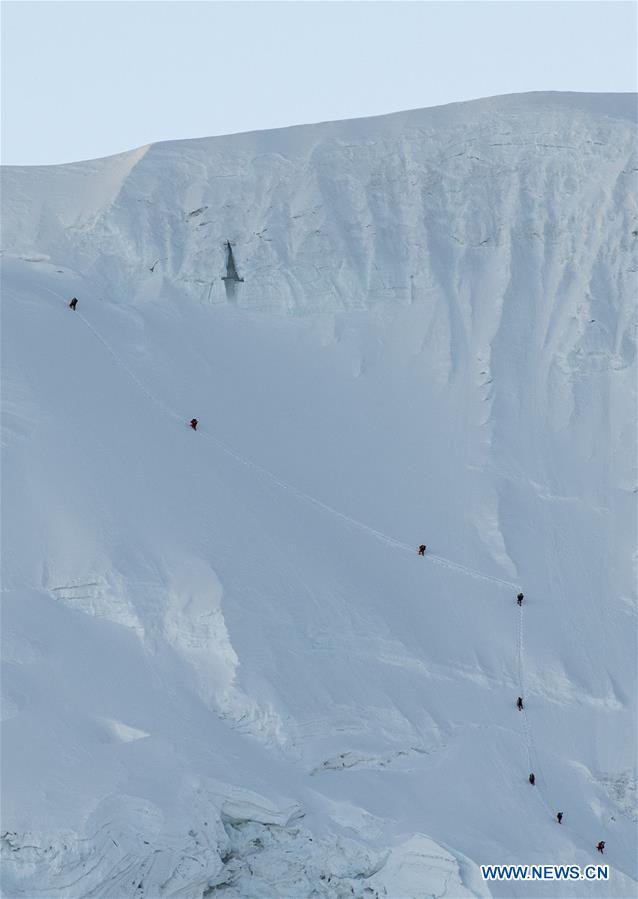 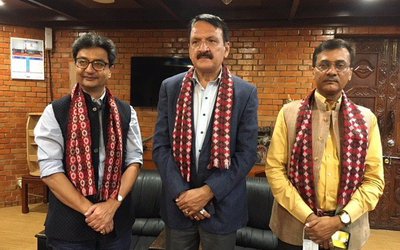