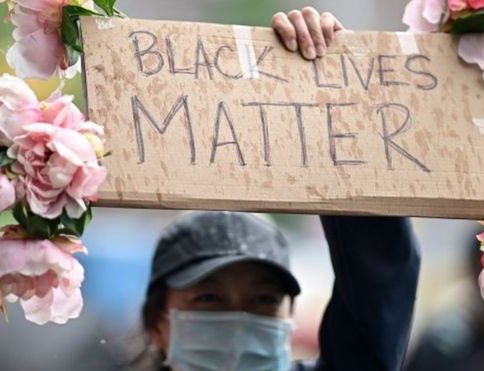 Former defense secretary Jim Mattis denounced Trump’s heavy-handed use of military force to crack down on protests and said his former boss was setting up a “false conflict” between the military and civilian society.

“I have watched this week’s unfolding events, angry and appalled,” Mattis wrote.

Mattis retired as defense secretary in December 2018 to protest Trump’s Syria policy. He had declined to speak out against Trump, saying he owed the nation public silence while his former boss remained in office.

Mattis called on Americans to “unite without him, drawing on the strengths inherent in our civil society. This will not be easy, as the past few days have shown, but we owe it to our fellow citizens; to past generations that bled to defend our promise; and to our children.”

Mattis said of the protesters are rightly demanding that the country follow the words of “Equal Justice Under Law” that are on display at the US Supreme Court.

“The protests are defined by tens of thousands of people of conscience who are insisting that we live up to our values - our values as people and our values as a nation,” Mattis said.

Mattis took particular issue with the use of force to move back protesters so Trump could visit St John’s Church the day after it was damaged by fire during protests.

“We know that we are better than the abuse of executive authority that we witnessed in Lafayette Square. We must reject and hold accountable those in office who would make a mockery of our Constitution,” Mattis said.

New charges have been announced against all of the sacked police officers present at the death of African American George Floyd in Minneapolis.

The charge against Derek Chauvin has been elevated to second-degree murder, court documents show.

The other three officers, previously uncharged, face counts of aiding and abetting murder.Floyd's death has sparked huge protests across the US against racism and the police killings of black Americans.

At least 9,300 people have been arrested across the United States amid the continuing protests after the death of George Floyd, an unarmed Black man who died last week in police custody in Minneapolis, Minnesota, and police brutality nationwide.

US President Donald Trump has outraged faith leaders and protesters for walking to an historic church near the White House and creating a photo opportunity, just minutes after police used chemical smoke canisters and flashbangs on peaceful protesters to clear the area.

Those protesting against police brutality have been met with, at times, excessive force by authorities. Journalists have also been targeted by police. Officers have also been injured in the protests.

Protesters have remained undeterred by curfews and the presence of the US National Guard in some cities. Largely peaceful protests have at times turned violent, with looting and vandalism. Wednesday's protests, however, remained largely peaceful after curfews took effect.

The vast majority of demonstrations over the past eight days have been peaceful, but some have turned violent and curfews have been imposed in a number of cities.

Announcing the new charges, Minnesota's Attorney General Keith Ellison said that they were in the interests of justice.

Derek Chauvin had initially faced charges of third-degree murder and second-degree manslaughter. These will stay on his charge sheet.

Minnesota Senator Amy Klobuchar said on Twitter that the latest charges were "another important step for justice".