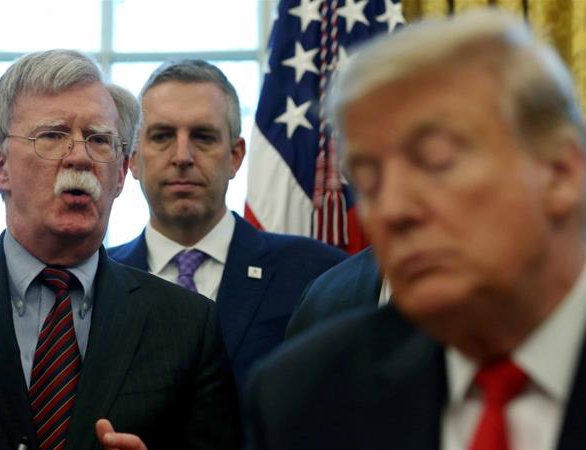 Bolton describes episodes where Trump expressed willingness to halt investigations to give 'favours' to dictators.

President Donald Trump's former National Security Adviser John Bolton writes in his upcoming memoir that Trump sought Chinese President Xi Jinping's help in winning re-election during a closed-door meeting in June 2019, according to a report in the New York Times on Wednesday.

Trump reportedly asked the Chinese leader during trade negotiations at a summit in Osaka, Japan to buy more agricultural products in order to help him win farm states in the November general election.

"Trump then, stunningly, turned the conversation to the coming US presidential election, alluding to China's economic capability and pleading with Xi to ensure he'd win," Bolton wrote, according to the Times, which obtained an advance copy of the book.

"He stressed the importance of farmers and increased Chinese purchases of soybeans and wheat in the electoral outcome," Bolton wrote.

The book, The Room Where it Happened: A White House Memoir, is due to be published on June 23, but the Trump administration has sued to block its distribution, claiming that it contains classified information and would compromise national security.

Publication of the book "would cause irreparable harm, because the disclosure of instances of classified information in the manuscript reasonably could be expected to cause serious damage, or exceptionally grave damage, to the national security of the United States," according to the lawsuit.

Both the Times and the Washington Post obtained advance copies.

The Post said in the same meeting with Xi, the Chinese leader defended the building of camps holding up to a million Uighur Muslims. "According to our interpreter," Bolton wrote, "Trump said that Xi should go ahead with building the camps, which Trump thought was exactly the right thing to do," the Post reported.

Bolton resigned in September 2019 after roughly 17 months as national security adviser. Trump, however, claims he fired him after the two clashed over policy towards North Korea, Iran, Ukraine and the Taliban in Afghanistan.

Publisher Simon and Schuster said the lawsuit is an attempt by the Trump administration to stop "publication of a book it deems unflattering to the President". It said Bolton has fully cooperated with the National Security Council pre-publication review.

In the book, according to the Times, Bolton described several episodes when the president expressed willingness to halt criminal investigations "to, in effect, give personal favours to dictators he liked". The investigations in question are said to involve Turkey's Halkbank to curry favour with President Recep Tayyip Erdogan of Turkey or China's ZTE to favour Xi.

"The pattern looked like obstruction of justice as a way of life," Bolton wrote.

Intelligence briefings with the president were a waste of time "since much of the time was spent listening to Trump, rather than Trump listening to the briefers," Bolton alleges.

Trump explicitly linked aid to Ukraine to investigations there involving his presumed rival in November, Democrat Joe Biden. Trump "said he wasn't in favour of sending them anything until all the Russia-investigation materials related to Clinton and Biden had been turned over," Bolton says.

During one meeting, Trump seemed surprised to learn that the United Kingdom was a nuclear power and asked whether Finland was part of Russia.

The Times describes the book overall as "a withering portrait of a president ignorant of even basic facts about the world, susceptible to transparent flattery by authoritarian leaders manipulating him and prone to false statements, foul-mouthed eruptions and snap decisions that aides try to manage or reverse."

Trump Impeached For Inciting' US Capitol Riot By Agencies 2 days, 9 hours ago 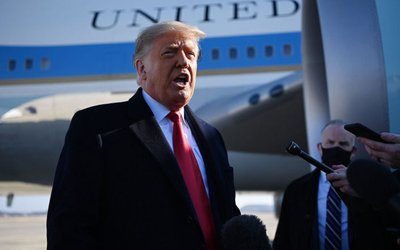 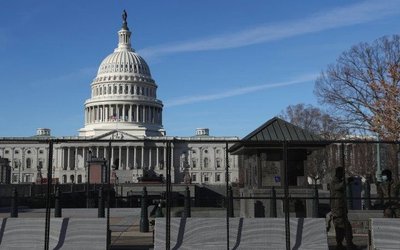 FBI Warnings Amid Fears Of More Pro-Trump Violence By Agencies 4 days, 10 hours ago

US Lawmakers’ Push To Impeach President Donald Trump By Agencies 5 days, 9 hours ago 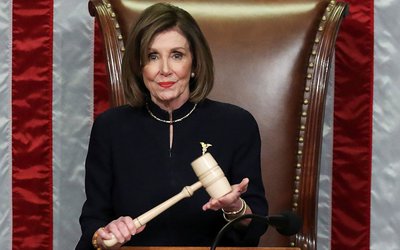