Monsoon Takes 77 Lives In A Month

Monsoon Takes 77 Lives In A Month 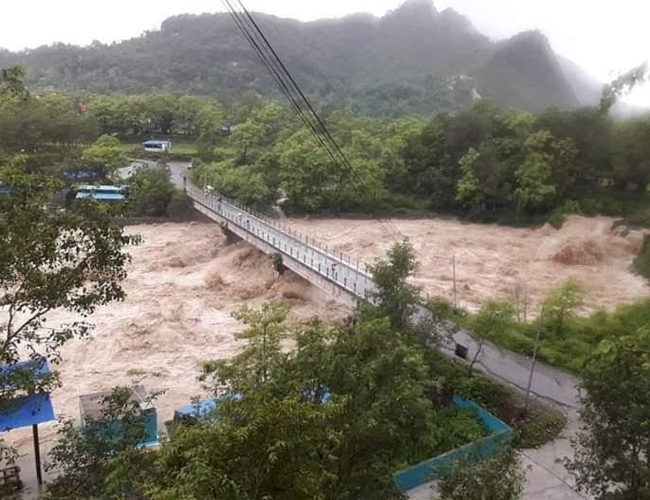 Fifty-three persons have lost their life in landslides and flood in the last four days. National Disaster Risk Reduction and Management Authority (NDRRMA), from June to July 9 before the heavy rains, human casualty mainly from floods and landslides was 24. With this the total death reached to 77 and missing 42.

According to National Disaster Risk Reduction and Management Authority (NDRRMA), mainly two types of natural disasters -- landslides and floods --have claimed the lives of 77 people with 42 missing cases as of July 12.

According to NDRRMA, 52 people have sustained injury due to the floods and landslides within the period. As per the latest casualty report of the Authority, the highest human loss took place in Myagdi's landslide with 27 deaths reports The Rising Nepal.