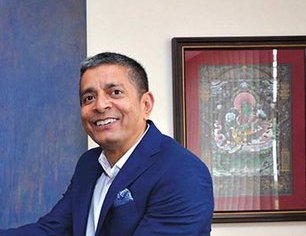 Nepal Investment Bank Ltd’s Board has again decided to appoint the current Chief Executive Officer of the bank Jyoti Prakash Pandey for another four-year term. The board of directors has decided to give him continuity.

CEO’s Pandey’s tenure is scheduled to expire today. Started his carrier in the banking sector from Nepal Rastra Bank 39 years ago, Pandey joined NIDC in 1987 and he also worked in Indosuez Bank Ltd in the early days.

Later he moves to Himalaya Bank in 1992 and continued his service there till 2002. Pandey later moved to Nepal Investment Bank when Prithvi Bahadur Pande, who played an important role in opening the Himalayan Bank, led the group has brought the share of Indosuez Bank Ltd. Pande is currently chairperson of the bank.

Pandey was appointed CEO of the bank eight years ago.

MCC-Nepal Issued An Tender For The Construction Of a Transmission Line By Agencies 1 day, 8 hours ago