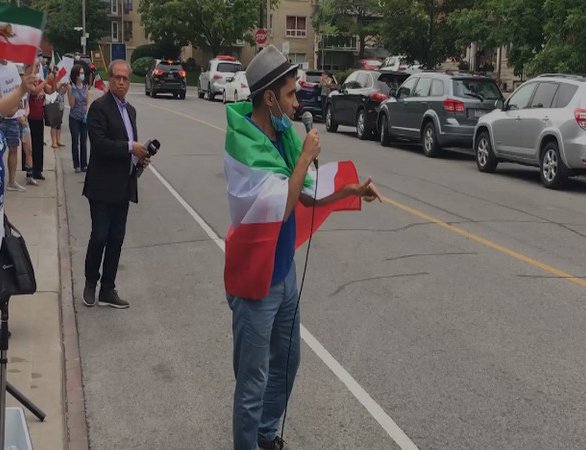 More than a hundred Torontonians of diverse background staged a protest against the Communist Chinese regime outside the Chinese consulate in Toronto on Sunday.

They also urged the Canadian Government to boycott Chinese goods in Canada. They asked international communities to intervene in order to get two Canadians released who have been held hostage by the Chinese government.

Tibetans and Vietanamese diaspora also participated in this protest. All speakers urged the Canadian Government to implement magnitsky sanctions on Human Rights violators in China.

A large number of Indian diaspora holding tricolour also participated in the protest to oppose Chinese aggression in Ladakh. On June 15, 20 Indian soldiers were martyred in a stand-off with Chinese PLA at Galwan Valley in Ladakh.

Over 10 Reportedly Killed In Myanmar Protests By NEW SPOTLIGHT ONLINE 6 days, 23 hours ago