Africa At Par With Pakistan, Afghanistan In Terrorism

Africa At Par With Pakistan, Afghanistan In Terrorism 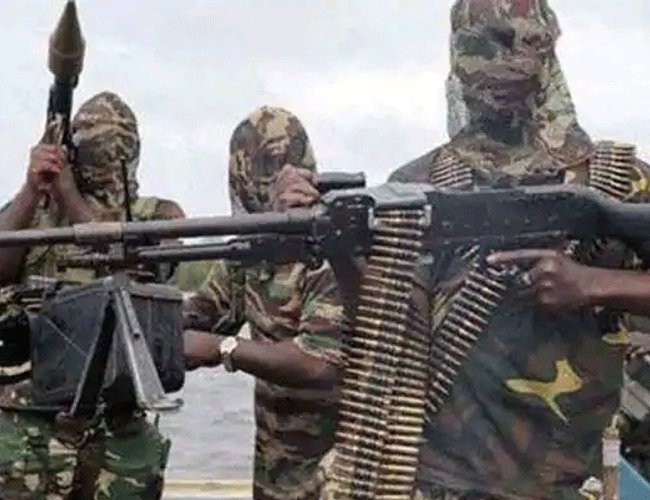 Any conversation on radical Islamic terrorism leads us to the images of the war-torn Middle East, North Africa (MENA) region or South Asian countries.

However, the imageries might change soon as another part of world might replace the dominance of the said regions. Trends have started suggesting so. For example, according to the Global Terrorism Index 2019 (GTI), the number of terror-related deaths in Sub-Saharan Africa has already surpassed the number of deaths in the Middle East and North Africa (MENA).

The spread of radical Islamic terrorism is largely going unnoticed by the International community, including India. Recent data suggests that Africa has been at par with countries like Afghanistan, Pakistan and Syria in terms of terror-related incidents. The terrorism is advancing downwards from North Africa towards the central and southern parts and from internal to the coastal areas.

African countries host a significant population of the Muslim Ummah. 28 out of 56 Organization of Islamic Countries (OIC) member states are African countries, with a population of 500 million Muslims. These factors, coupled with the uprooting of international terrorist organizations like the Islamic State and Al Qaeda (AQ) from their strongholds have made African countries the new destination of several international outfits. Besides, multiple regional and local terrorist outfits have also accelerated their operations in the continent.

The data of GTI 2019 reveals that despite a global decline in deaths due to terrorism, the number has significantly increased in Afghanistan and in a number of African countries. Nigeria, Mali, and Sudan, along with Afghanistan, recorded the largest increase in terrorism-related deaths in 2018. Similarly, Nigeria and the Central African Republic, along with Afghanistan, Pakistan, and Syria have been listed as the countries that saw 20 most violent terrorist incidents. Somalia and the Democratic Republic of Congo (DRC) are also placed amongst the 40 countries most impacted by terrorism.

According to the United Nations, in 2019 alone, radical Islamist groups killed 4,000 people alone in Burkina Faso, Mali, and Niger in the forming a 'triangle' of terror affected countries. These countries have also recorder a five-fold increase in terror-related deaths since 2016. Currently, about one-third of the African Union (AU) member states and 35% of its total population is affected by radical Islamic violence.

Penetration and concentration of terrorist outfits in different regions:

The Western Sahel Region comprises of Mali, Niger, Burkina Faso, Chad, Nigeria and Cameroon. The region is the one of the worst terrorism-affected regions of the world and has been experiencing exponential growth in radical Islamic terrorism. The data on terrorism substantiates this fact. For instance, Burkina Faso recorded 90.9 per million per annum deaths — becoming one of the top targets of radical Islamic terrorism, at par with Afghanistan which recorded 91.5 per million per annum deaths. The region can be further sub-divided into the 'triangle' of Burkina Faso, Mali, and Niger and the Lake Chad basin comprising of Chad, Niger, and Cameroon.

Al Qaeda and Islamic State (IS) affiliated organizations — Jamaat Nusrat al-Islam wal-Muslimin (JNIM) and Islamic State in Greater Sahara (ISGS), respectively, are the predominant terrorist organizations operating in the triangle of the three countries. Terrorism travelled downwards to this region from North African region when AQ affiliated terrorists infiltrated in the region in the 2000s and constituted an outfit - Al Qaeda in the Islamic Maghreb (AQIM). A faction on the AQIM later aligned with the Islamic State and constituted the ISIG. The remnants reconstituted themselves to form the JNIM.

The Lake Chad basin is dominated by the infamous Boko Haram, which is listed as one of the four most violent radical Islamic terror groups in the world! The outfit has been opposing secular nature of Nigeria and has waged a war against Nigerian Christians. The Boko Haram has been shifting loyalties with the international terrorist outfits. In 2009, it aligned with Al Qaeda to fulfill its political ambitions, but later forged alliance with the ISIS in 2015 to reconstitute itself as Islamic State West Africa Province (ISWAP).

The presence of terrorist outfits in Somalia dates back to the 1990s. The most powerful group, Al Shabab began as a military wing of Islamic Courts Union — a network of fundamentalist Sharia courts. In 2012, Al Shabab aligned with the AQ and later a faction of the outfit split and shifted loyalties to the IS to form Islamic State in Somalia (ISS). The ISS is working towards establishing IS ‘Caliphate’ in the larger Horn of Africa. Currently, Al Shabaab and ISS are fighting each other in the region. These two outfits are also responsible for expanding the terror network to countries like Kenya, Tanzania, Uganda, and Somalia.

These outfits have led to rise of terrorism even in countries without a significant amount of Muslim radicalization, including Kenya and Tanzania. Al Shabab is also held responsible for the infamous Westgate shopping mall attack in Nairobi in 2013.

As far as the third category of Central Africa region is concerned, it is dominated by the Allied Democratic Forces (ADF). Reportedly, it was formed the 1980s by the Tablighis and a secessionist group National Army for the liberation of Uganda. The outfit is most active in Uganda and Democratic Republic of Congo (DRC) and seeks to establish a Sharia regime. The IS announced its presence in the region in 2019 by announcing its affiliate Islamic State-Central Asia Province (IS-CAP). IS-CAP and Ahlu Sunnah Wa-Jama outfits are active in the southern part including Mozambique and leadingbto Islamic insurgency in the country.

Egypt is one of the major strongholds of believers of political Islam, dominated by the Muslim Brotherhood. AQ and IS also have a presence in Egypt as Junad al-Islam and Wilayat Sinai, respectively. The major targets of these groups are Egyptian security forces and people following Christian faith.

In the Maghreb region, AQ branches of Mauritania, Morocco, and Sudan andAlgeria based GSPC (Groupe Salafiste pour la Prédication et le Combat) came together to constitute the AQIM. It is predominantly involved in kidnappings, bombings, and extortions. Eventually, the AQIM moved southwards towards Sahel region. A faction of the outfit allied with the IS to form Jund al Khalifa in Algeria.

Over 10 Reportedly Killed In Myanmar Protests By NEW SPOTLIGHT ONLINE 2 days, 11 hours ago

Elections Is Just A Month Away: Alliance Is Making Is Making By Agencies 5 days, 9 hours ago

US Carries out Airstrikes In Syria By Agencies 5 days, 10 hours ago