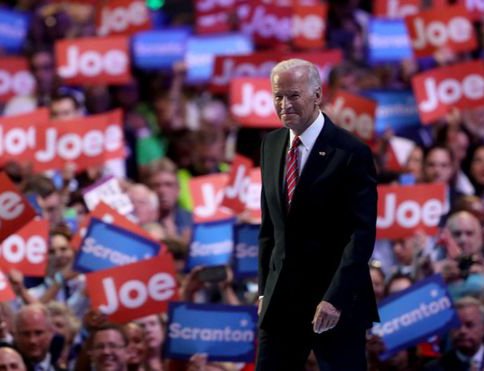 The first-ever Democratic National Convention kicked off with Eva Longoria putting attention on the coronavirus, the spread of which has been blamed largely on the Trump administration.

"The tragedy has affected us all" Longoria said, citing the over 170,000 people who have died due to COVID-19, the disease which the virus causes.

Four years under the Trump administration has left us “diminished and divided”, Longoria said, but the difficulties have also brought the US together.

The convention then went to a montage of people reading the preamble of the US Constitution, where the words “We the people” lead to a group singing the opening lines of the national anthem.

Senator Bernie Sanders, a political independent who is the leader of the Democratic Party's ascendent left wing, will call on all Democrats to unite under the Biden campaign.

"This election is the most important in the modern history of this country," Sanders will say, according to prepared remarks.

Some have raised concerns the left-wing of the Democratic Party is being ignored by the party, even after Sanders came in second place during the primaries and looked poised to win the nomination before numerous candidates dropped out in an unprecedented show of moderate unity.

However, Sanders will ask "everyone who supported other candidates in this primary" to "come together, defeat Donald Trump and elect Joe Biden and Kamala Harris as our next president and vice president."

"I know Joe," Obama will say, according to a video excerpt of her pre-recorded remarks. "He is a profoundly decent man guided by faith. He was a terrific vice president. He knows what it takes to rescue an economy, beat back a pandemic and lead our country."

A major talking point of the Biden campaign - especially since Kamala Harris was named as his running mate - has been Trump's handling of the economy during the coronavirus pandemic.

The US has seen the deepest economic recession since the Great Depression under the Trump administration, though it previously saw one of the strongest economic growth periods in history.

Biden and Harris claim the Obama administration was responsible for the growth.

A former high-ranking official in the Trump administration has said he would back Biden as the US is "less secure" under Trump.

Miles Taylor, who served at the Department of Homeland Security between 2017 and 2019, including as chief of staff, said he "witnessed the damning results first-hand" of what he called Trump's "personal deficiencies."

"I can attest that the country is less secure as a direct result of the president's actions," Taylor wrote in an op-ed published in the Washington Post on Monday.

Biden is expected to accept the Democratic nomination this week, leading to his showdown with Trump in November.