Nepal Will Likely To Receive Chemical Fertilizer From Bangladesh

Nepal Will Likely To Receive Chemical Fertilizer From Bangladesh 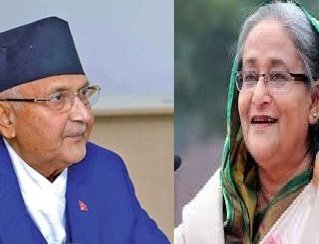 Upon the request of prime minister K.P. Sharma Oli, Bangladesh has replied positively to Nepal’s request for the urgent supply of urea, a chemical fertiliser.

During the telephone conversation, Prime Minister Oli has urged his Bangladeshi counterpart Sheikh Hasina Wazed to help Nepal with the fertiliser supply as the country is reeling under its acute shortage at a time when the demand is at the peak.

The two prime ministers had a telephone conversation on Tuesday afternoon.

According to a tweet of PM Oli, the Bangladeshi PM had taken his request for the urgent supply of urea for this crop season positively.

PM Oli has sought Bangladesh’s support for 50,000 tonnes of urea to Nepal on refundable basis.

During the conversation, the two Prime Ministers exchanged views on various matters of common interests, including cooperation in power generation, grid connectivity and power supply from Nepal to Bangladesh.

According to the Ministry of Foreign Affairs, promotion of barrier-free and balanced trade between the two countries, improved transit facility for Nepal through Bangladesh, enhanced connectivity and promotion of tourism were also the issues of discussion.

“We underlined the need for enhancing cooperation between our two countries on trade, energy and transit, among others,” tweeted the PM.

Shortage of chemical fertilizers has become a recurring problem in every crop season for the past several years. The country needs about 700,000 to 800,000 tones of fertilizers, but the government has been supplying only as much as 400,000 tones – half of the total demand, which has seriously affected the yield of major crops across the country.

Nepal Is Committed To End All Kinds Of Discrimination: Foreign Minister Gyawali By Agencies 1 day, 9 hours ago