My Love For Barcelona Will Never Change:Mess: 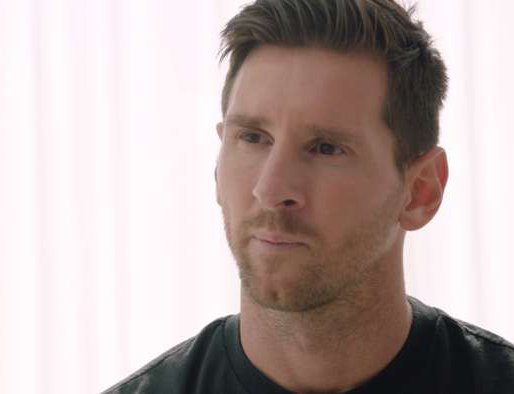 Lionel Messi has broken his silence on why he sought to leave Barcelona, revealing to Goal a long-running dispute with club president Josep Maria Bartomeu regarding his future at Camp Nou and the overall direction of the Liga giants.

The six-time Ballon d’Or winner shook up the football world at the end of August when he dropped a major bombshell on Barca by demanding to leave and activating a clause in his contract that he believed would permit him to exit the Catalan club for free.

A dramatic saga ensued, with Messi refusing to engage with club commitments such as medical tests or training and the rumour mill was sent into overdrive with speculation about where the 33-year-old could play next.

With Barcelona crashing ignominiously out of the Champions League after an 8-2 hammering by Bayern Munich just a few weeks earlier, the idea of a sensational Messi exit piled the pressure on Bartomeu as presidential candidates lined up to cast judgment on the outgoing chief.

The embarrassing defeat to Bayern was not the reason for Messi’s drastic action, though it was certainly a bitter blow. In actual fact, internal talk of an exit from Barcelona has been ongoing for a year or more, but with no resolution on the horizon, and Messi finally felt that he needed to force the issue.

“I told the club, including the president, that I wanted to go. I've been telling him that all year. I believed it was time to step aside,” Messi told Goal.

“I believed that the club needed more young players, new players and I thought my time in Barcelona was over. I felt very sorry because I always said that I wanted to finish my career here.

“It was a very difficult year, I suffered a lot in training, in games and in the dressing room. Everything became very difficult for me and there came a time when I considered looking for new ambitions.

“It did not come because of the Champions League result against Bayern, no – I had been thinking about the decision for a long time.

The act of sending the infamous burofax to the club outlining his position became something of an embarrassment for figures around the club, with former Barca vice-president Jordi Mestre notably declaring “the best player in history does not leave with a burofax!”

However Messi has insisted that it was not done with the intention of creating a bitter dispute, but to make his position - that he wanted to leave - official. Indeed, the Argentine is of the belief that it would simply have been business as usual had he not taken that step.

“Throughout the year I had been telling the president that I wanted to leave, that the time had come to seek new goals and new directions in my career,” explained Messi. “He told me all the time: ‘We'll talk, not now, this and that’, but nothing. The president did not give me a clue at what he was really saying.

“Sending the burofax was making it official that I wanted to go and that I was free and the optional year – I was not going to use it and I wanted to go.

“It was not to make a mess, or to go against the club, but the way to make it official because my decision had been made.”

He added: “If I don't send the burofax, it's like nothing happens, I have the optional year I had to have continued all year.

Messi: My love for Barcelona will never change

“What they say is that I did not say it before June 10 – but I repeat, we were in the middle of all the competitions and it was not the moment.

"But apart from that, the president always told me 'when the season is over, you decide if you stay or leave', he never set a date, and well, it was simply to make it official that I wouldn't continue, but not to start a fight because I didn't want to fight against the club."

For most fans, the thought of Messi leaving Barca for another club was incomprehensible and especially since the player himself has spoken at length in the past of his desire to conclude his career in Catalunya.

However, he had grown increasingly frustrated with what he felt was a lack of direction from Bartomeu and the club stewardship, suggesting that there has been no coherent approach from those in charge.

“And the truth is that there has been no project or anything for a long time, they juggle and cover holes as things go by. As I said before, I always thought about the welfare of my family and the club."

Tiger Woods Seriously Injured In A Car Accident By Agencies 2 days, 21 hours ago