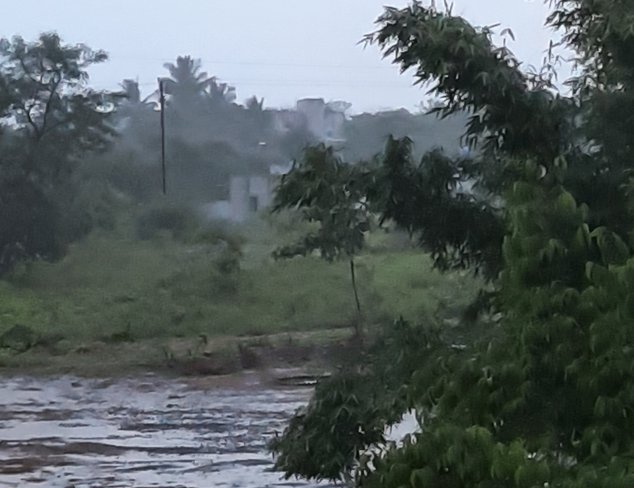 There will be generally cloudy throughout the country. Light to moderate rain with thunder and lightning will to continue at some places of the country. Meteorological Forecasting Division Predicts that there are chances of heavy rainfall at one or two places of the Bagmati Province, Gandaki Province, Province 5 and Sudur Pashchim Province.

During the next 24 hours, there will be generally cloudy throughout the country. Light to moderate rain with thunder and lightning is possible at some places of the country.

A fresh low pressure area is likely to emerge in the Bay of Bengal on 20th September and intensify to a depression over the North Bay of Bengal. This system is going to enhance rains over most parts of the country outside North India. Heavy to very heavy rainfall is expected over central and eastern parts, practically finishing the monsoon season (June- September) on an extremely wet note.

The well marked low will remain over the Bay of Bengal for nearly 36 hours and during this may intensify into a depression. This system is likely to cross West Bengal / North Odisha coast on 21st September and move further across parts of Chhattisgarh and Madhya Pradesh. It is unlikely to travel further into Rajasthan and is likely to meander over the central region till 24th September. The peripherals of the system will drag rains also to Bihar, Jharkhand, Uttar Pradesh, Maharashtra, Telangana, and Andhra Pradesh, albeit in a staggered manner. The outflow from the system will result in cloudy sky possibly up to Delhi NCR and East Rajasthan.

Partly Cloudy In The Hilly Regions, Fair In The Rest Of The Country By NEW SPOTLIGHT ONLINE 8 hours, 7 minutes ago

Light Rain Is Likely To Occur At Few Places In Province 1 By NEW SPOTLIGHT ONLINE 2 days, 7 hours ago

Partly To Generally Cloudy In Province 2, Bagmati And Gandaki By NEW SPOTLIGHT ONLINE 3 days, 7 hours ago

Mainly Fair All Over Nepal By NEW SPOTLIGHT ONLINE 4 days, 7 hours ago