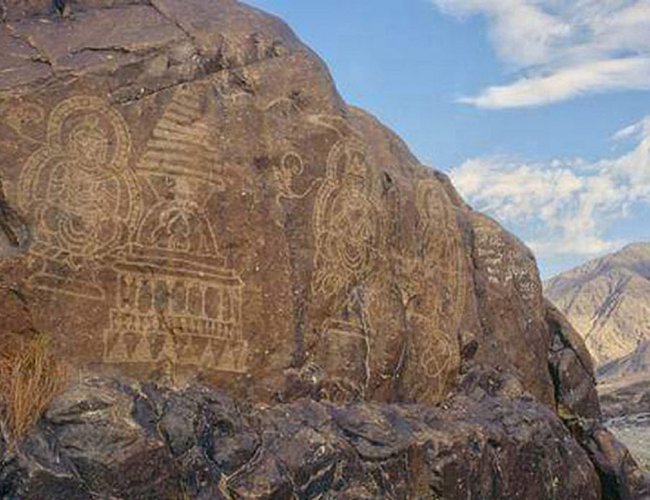 Pakistan and China recently signed an agreement worth $14 billion to build a dam that threatens more than 50,000 ancient Buddhist relics in the disputed region of Gilgit-Baltistan.

The much delayed Diamer-Bhasha Dam was inaugurated for the fourth time by Pakistan Prime Minister Imran Khan on July 15 after an agreement was signed in May between the Chinese state-run firm China Power and the Pakistan Army’s Frontier Works Organisation.

“It will inundate more than 100 kilometers of land along the Karakoram highway. It will also submerge rocks and boulders that support valuable petroglyph art and impressions from the Soghdian, Scythian, and Tibetan eras,” Senge Sering, director of the Washington-based Institute of Gilgit-Baltistan Studies, told The Epoch Times.

“This keeps increasing since discoveries of new sites continued until the recent past when research work was hampered due to counterterrorism operations in and around Chilas, known since the war on terror began as an easy hideout for militants on both sides of the AfPak border,” he added.

Gilgit-Baltistan in the high Asian region is claimed by India as a part of the integrated territory of Jammu and Kashmir. The region is currently administered by Pakistan, which claims it as a disputed territory. India and Pakistan have fought four wars over the region.

China and Pakistan are also building the Pakistan–China economic corridor through Gilgit-Baltistan as part of China’s Belt and Road Initiative.

Adnan Aamir, an independent journalist in Pakistan covering the Belt and Road, told The Epoch Times in an email that the threat to the relics is a grave concern for the natives of Gilgit-Baltistan but is not a major issue in the “national narrative” of Pakistan.

“Not at all. There is hardly a mention of this on the media of Pakistan. One can hardly find a news story on this on a national newspaper or TV channel. It has completely escaped media attention,” said the Quetta-based journalist when asked if there’s a buzz about the issue in Pakistan media.

The story of these relics in Gilgit-Baltistan is the story of Buddhism’s spread along the ancient silk route, which provided an unhindered road for different streams of cultures and faiths.

“The historic significance of Gilgit-Baltistan is its location on the old routes branching off from the famed Silk Road. This unique rock art heritage is situated on the old routes between the lower Indus plains of the Karakoram range and Central Asia.,” said Waghmar.

“Etched on the rocky slopes and boulders of the Indus gorge, stretching for approximately 100 km along both banks of the Indus, is truly the largest collection of images and inscriptions on rocks from the eighth millennium BC to the ‘Golden Age of Buddhism,’ fifth to eighth centuries AD (and even down to the advent of Islam in the sixteenth century),” he added.

Buddhism came to the region 300 years after Buddha Shakyamuni, popularly known as Gautama Buddha, achieved nirvana. Passing through Gilgit because of shorter routes by the second century A.D. the silk road reached as far as the Tarim Basin in Xinjiang, according to Daily Times, a Pakistan publication.

Waghmar said many of the inscriptions are graffiti etched by passing by pilgrims and merchants and constitute a “visitors book.” He said a project, Materials for the Archeology of the Northern Regions of Pakistan was started by a Pak-German group from 1984, four years after it was formed.

The project has been coordinated with Germany based Heidelberg Academy of Sciences which, to date, has published 13 of the planned 20 vols., a complete catalog of all discovered and deciphered finds.

An old Pakistan public group on Facebook, Save the Buddha Relics Found in Diamer–Bhasha Dam Site, has long appealed to the global community for help in preserving the relics.

The group said the archaeology department of Northern areas of Pakistan has confirmed the presence of the relics at the site of the dam, and the relics need immediate attention.

“It’s imperative that these priceless relics must be preserved,” the group said, adding that the German company Lahmeyer, working on the project, has recommended that a museum be set up for the statues and stone carvings found on the site.

The team was led by Harald Hauptmann from Heidelberg University, who studied pre-Islamic Pakistan, until his death in 2018. There’s no report of continuity of his work after that, and The Epoch Times wasn’t able to reach the rest of the team that the group mentions.

“Almost 37,116 petroglyphs, including 3,618 inscriptions on 5,928 boulders (95 archaeological sites), will be forever submerged once the Bhasha dam is finished. Some will be submerged for eternity while others are expected to be partly visible seasonally when the shoreline dips while still others etched on higher elevations will be observable from the newer shoreline,” said Waghmar.

Sering said any damage to the relics would mean attacking the identity of the local people.

“Locals in places like Manthal, Skardu, pooled money to build protective walls around a large boulder with Buddha etchings. Locals continue to ask the government to reserve funds to protect their non-Islamic heritage since they are proud of their cultural and linguistic relation with Ladakh and Tibet,” Sering said, adding that the Baltis share ethnicity and racial makeup with the Tibetans. 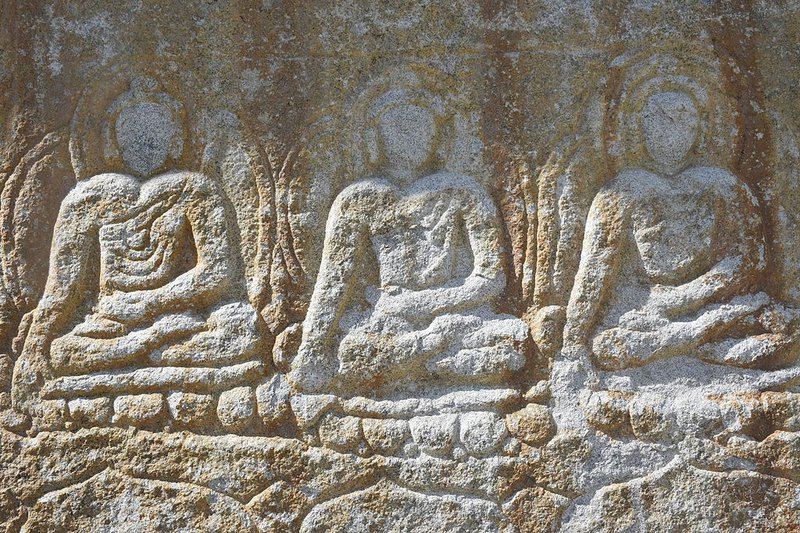 Aamir said that the civil society in Gilgit-Baltistan is calling for preservation of the relics, but isn’t getting support from the rest of Pakistan.

“One reason can be that civil society in Pakistan is busy with more serious issues such as enforced disappearance and corruption of military generals, and hence they are not giving much attention to this issue,” said Aamir.

The geopolitical location of the relics, the disputed status of the larger region, and the current political and economic situation inside Pakistan have made it difficult to preserve the relics.

“In Pakistan, the dams are a fragile issue. Pakistan needs them to store water and generate electricity. The choice of Diamer-Bhasha Dam was made after a lot of disagreements on the location of other dams. Therefore, there is a national consensus to build this dam at all costs,” Aamir said.

“In this context, if a few Buddha relics get submerged or destroyed, then it’s a cost worth paying, according to the national narrative. I fear that anyone actively campaigning for the preservation of these relics will be labeled as a traitor who wants to sabotage the construction of this dam.”

Sering urged the international community to preserve the relics and said the Pakistan government can’t be trusted to do it.

“Islamabad doesn’t have the financial capacity to run daily affairs in Gilgit Baltistan. Pakistan has dropped the project of the first medical college in Giglti Baltistan due to a lack of funds. So expecting Pakistan to create an extra budget to preserve local cultures will be wishful thinking,” he said.Link

At Least 20 Demonstrators Killed In Myanmar By Agencies 4 months, 1 week ago

Japan To Tighten Restrictions On Arrival By Agencies 7 months ago

Japan Grapples With Record-level Increase In COVID-19 Cases By Agencies 7 months, 2 weeks ago

Prince Akishino Proclaimed First In Line To Throne By Agencies 8 months, 2 weeks ago