The Argentine superstar has aimed a fresh dig at those calling the shots at Camp Nou, with “one of the most important players in history” departing 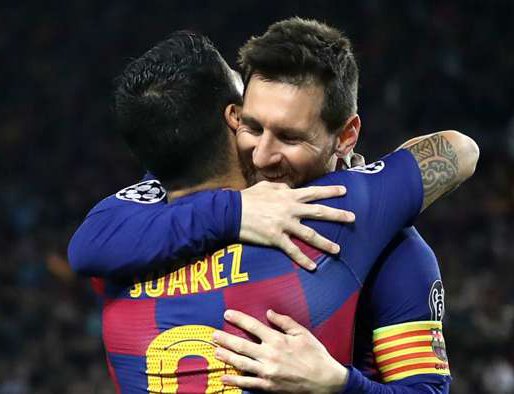 Lionel Messi has aimed a fresh dig at Barcelona on the back of his efforts to leave the club, with the Argentine questioning the decision at Camp Nou to “throw out” Luis Suarez.Goal

Having endured a frustrating end to the 2019-20 campaign, a six-time Ballon d’Or winner pushed for the exits in Catalunya.

His path was blocked and the 33-year-old eventually revealed to Goal that he will be honouring the final year of his contract.

Others have been allowed to move on, though, with Ronald Koeman deeming Suarez to be surplus to requirements shortly after being announced as successor to ousted coach Quique Setien.

The Uruguayan striker is now crossing a La Liga divide to link up with Atletico Madrid, with a memorable six-year spell with Barca being brought to a close.

Suarez had starred for the Blaugrana, with one of the most devastating partnerships in world football struck up between two talented South Americans.

That bond has now been broken, much to the disgust of a disgruntled Messi.

The Barca superstar has posted on Instagram: “I had already begun to imagine it but today I went into the dressing room and it truly dawned on me. It's going to be so difficult to not continue to share every day with you both on the pitches and away from them.

“We're going to miss you so much. We spent many years together, many lunches and many dinners. So many things we will never forget, all the time we spent together.

“It will be strange to see you in another shirt and much more to come up against you on the pitch. You deserved a farewell that fit with who you are: one of the most important players in the history of the club. Someone who achieved great things for the team and on an individual level.

“You did not deserve for them to throw you out like they did. But the truth is that at this stage nothing surprises me anymore.”

Suarez hit 198 goals for Barcelona through just 283 appearances, with his impressive strike rate complementing that of Messi.

The pair formed a close bond on and off the field and helped to deliver an enviable array of major honours to the Camp Nou trophy cabinet.

Suarez has, in an emotional farewell statement of his own, claimed that Koeman’s culling came as no surprise.

Many have been stunned by the decision, though, with Messi among those left disappointed at another big call that Barca may live to regret.

Another former member of the famed 'MSN' frontline, current Paris Saint-Germain striker Neymar, has also expressed his surprise at goings on in Catalunya.

Commenting on Messi's original post, the Brazil international said "incredible how they do things", with a facepalm emoji thrown in for good measure.